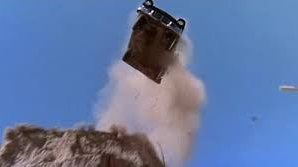 The coruscation of her reflection, the monitor shone in the dead of the night, my pupils dilated when her image materialised from thin air. Shimmering in the stars were the hopes, and memoirs of a distant past that felt as if it had happened yesterday.

I reached out to touch her, regretting about the impromptu argument that we had during driving, and my betrayal to her. I was staunch, stalwart, but a wayward companion.

“I saw your messages.” Her voice was monotonous.

“Why did you…?” tinged with anxiety, accompanied with my bated breath, I took the curve on the mountainous terrain.

“Have our relationship come to this point? An on the rock situation?” she questioned me, my mind was filled with the compunction of cheating on her.

The car jerked to the left, nearing the cliff, “I didn’t…” I reared back on track.

“Don’t you dare LIE to me.” She was stern, and bringing this up at the wrong time, but no time is the right time.

I slowed down, shifted to a lower gear, “Just. I’m driving here….”

“Answer me.” she interjected.

“Answer. Me.” My attention shifted to her at the wrong moment. I did not realise the car was off the cliff. SHRIIEEEKKKK. The shrill was heard shortly before impact took over, I hugged her, but it was too late.

She was there. Laying there. Comatose.

I should have tell her. I shouldn’t have hidden it from her.

How can I tell her that I still love her? My body was weightless as I ascended into the skies, the guilt, the memories of her waned into nothingness when I stepped into another realm of consciousness, in the hereafter.

Craving for more? Down below:
Bitter Coward
Tangled Skein
Impetuous Move
A Letter to Her
Coloured Hearts (Part 5)
What Is Love?
Providential, Never Confidential.

One thought on “Temporary. Gone. Forever.”