I’m late. It was nine in the morning, which is the time we were supposed to meet up at the rendezvous point to take a GrabCar to Sunway Lagoon. I apologised for being the late one, and got into the car off to Sunway Lagoon theme park. It was way cheaper than expected for the car fare, rm 40. 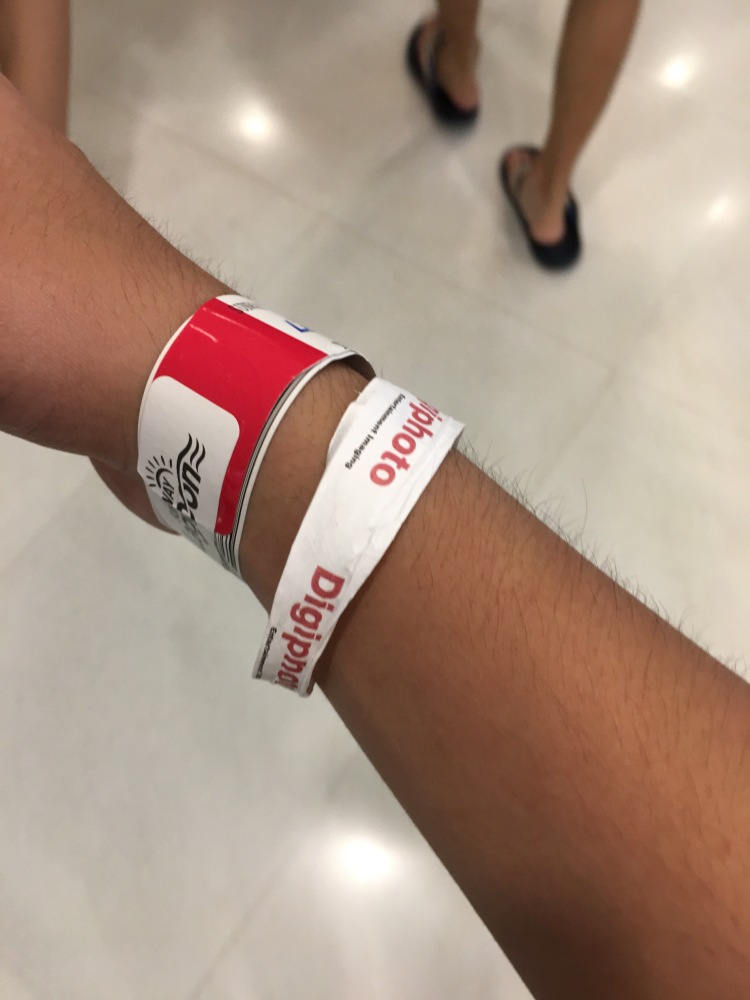 We got out tickets and we are off to go. It is rm 120 for us locals- and there was an express booth for us locals, and rm 165 for foreigners which had to queue normally. However, we did not want to spend rm 60 for the express ticket, and we would find ourselves in deep trouble as we did not know what to expect about the enormity of the crowd during this holiday season.

Once we had stepped in, six of us were stopped by a cameraman, one of the Sunway Lagoon workers, to be forced to take a picture together. The cameraman wasted 15 minutes of our time for this, I was extremely displeased by this kind of service, why did they need to force us to take this superfluous photos which cost a bomb, a whooping rm 57 for a frameless photo, and rm 75 for a framed photo, that was plain ridiculous. 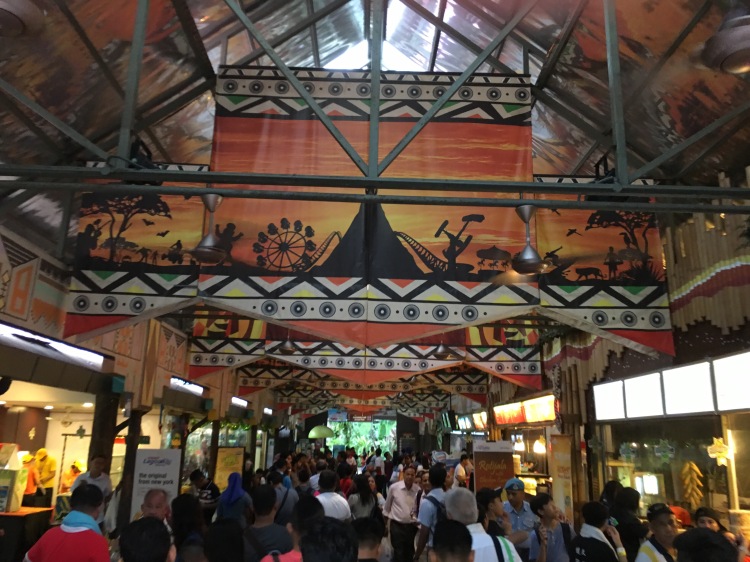 Rants aside, we set our stuffs, almost every thing including our specs into our bags, shoving them into a locker which could fit in around five bags which I surmised was a reasonable price of rm 43, for a personal locker, it cost rm 22.

The throng of people was unimaginable, it was very crammed because it was a holiday for the locals. There were many peoples here, and the atmosphere was very lifted up by the festive season. 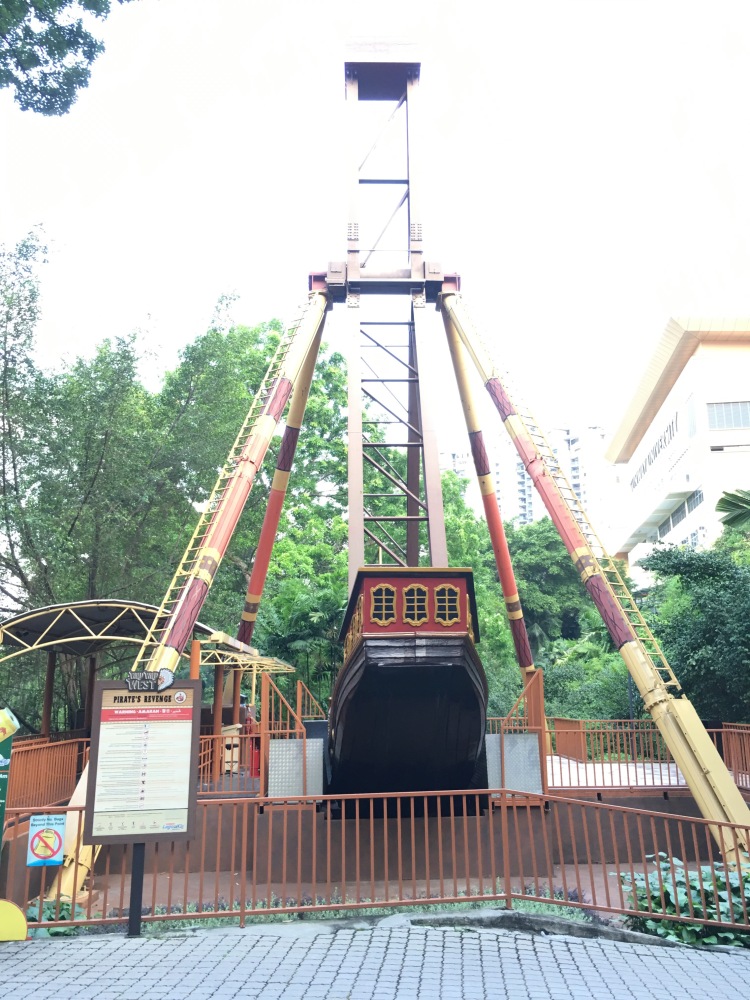 We were set to play those non-wet attractions first before heading to the wet ones. The pirate ship was the first thing that we played, four of us- me, Guo Bao, Chai, Kang, went on board, leaving the other two- Pei, and Xin, aside because of the 360 spin. The attendants of the ride were doing their job with a fun attitude, they were having fun all of the time, maybe they operated.

The seats were tightened up a lot, it almost suffocated me. The pirate ship lifted up 180 degrees above ground, the blood inside my body rushed into my head, making feel a little queasy and excited at the same time, then there came the 360 spin, stopping in the mid air for a split second when our bodies were completely upside down. That was an exciting ride. 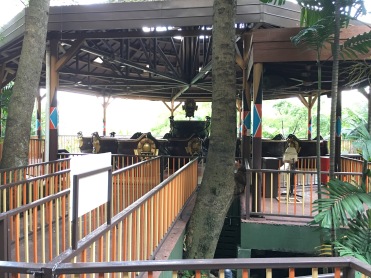 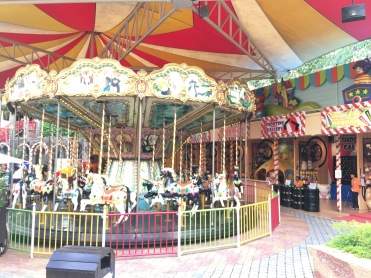 After having blood flowing so fast in our veins, we saw both of these attractions which were secluded because there were so less people wanting to take on the merry-go-round, and the spin-around-cups.

“Roller coaster mou?” I suggested enthusiastically, because I love roller coasters. We had to wait for 20 minutes or so to get this ride, it was worse than I expected, my heart only skipped twice during the whole ride, it was just an ordinary ride compared to what I had been on before in my life. 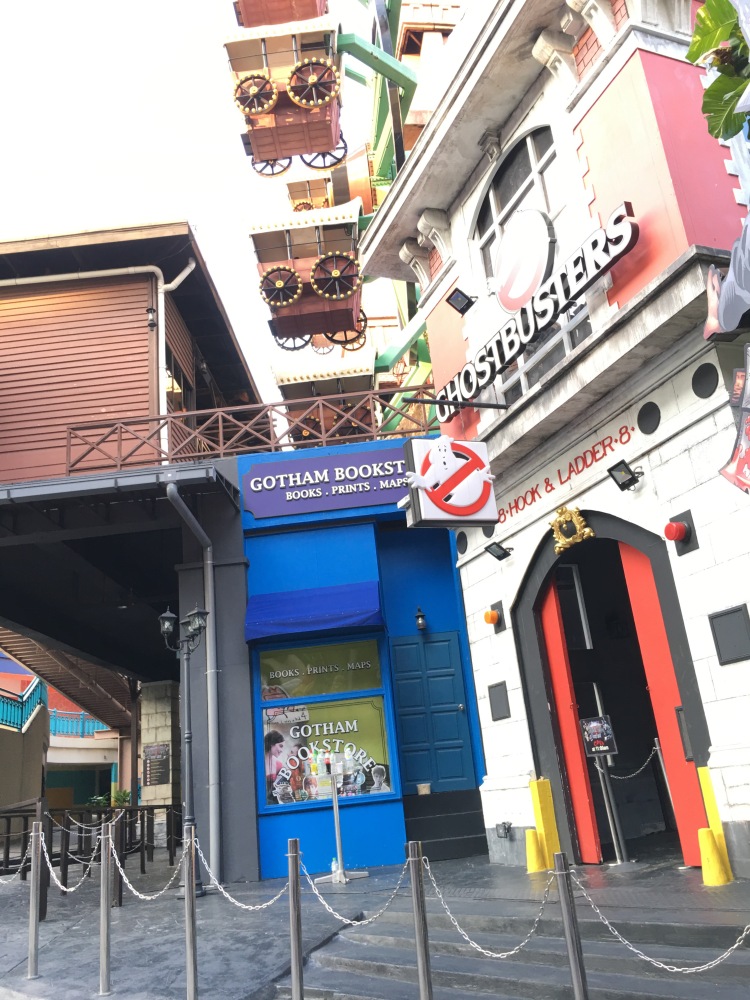 Ze wanted to go to the haunted house after the roller coaster ride. Another set of waiting, 15 minutes or so, we headed into the attraction, one of the attendants led us in, she briefed us about the dos and don’ts in this haunted house, I heard that no touching would be involved between the people in the haunted house and the visitors. Thus, the scariness of this attraction was not well paced, we had to stop at several points in the attraction to be given instructions by the attendants. In toto, it was not as scary as I thought. 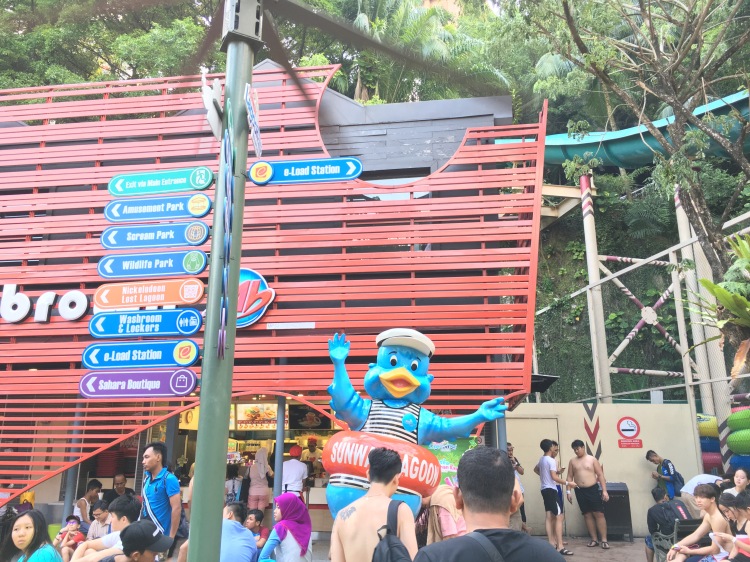 We had lunch after the three attractions that we had gone to. Standard fast food, just a little more expensive. 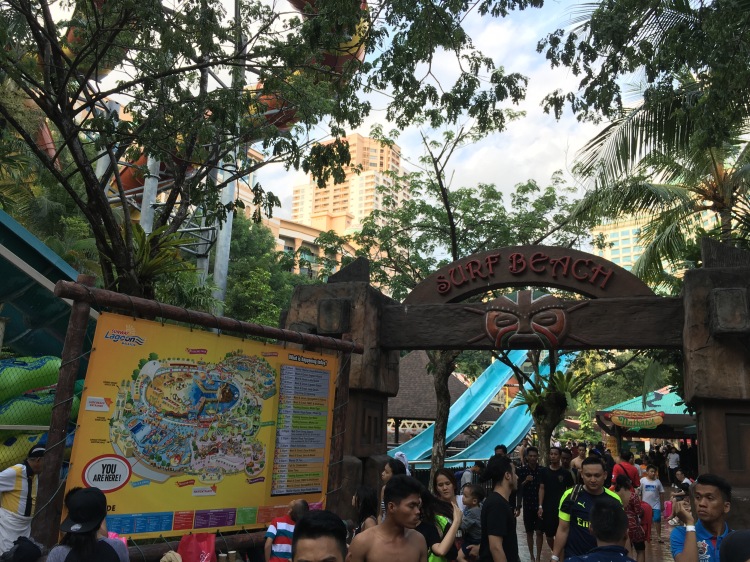 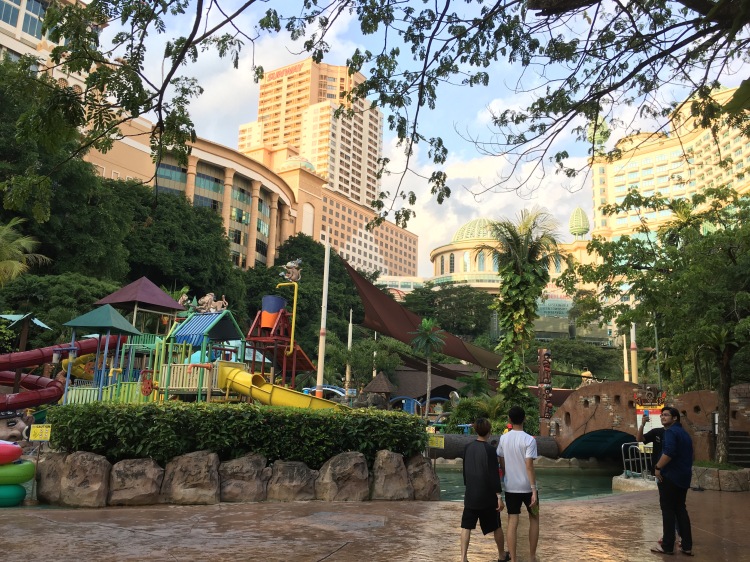 There were only four water slides in this part of the theme park. All of them were okay water slides, the wait was not long. However one of them were the best of them all, we had to wait for an hour or so to play once of that ride- the group cone shaped water slide, we saw the kiddies with express passes zipping through us three to four times when we were queuing up. The ride was the best. 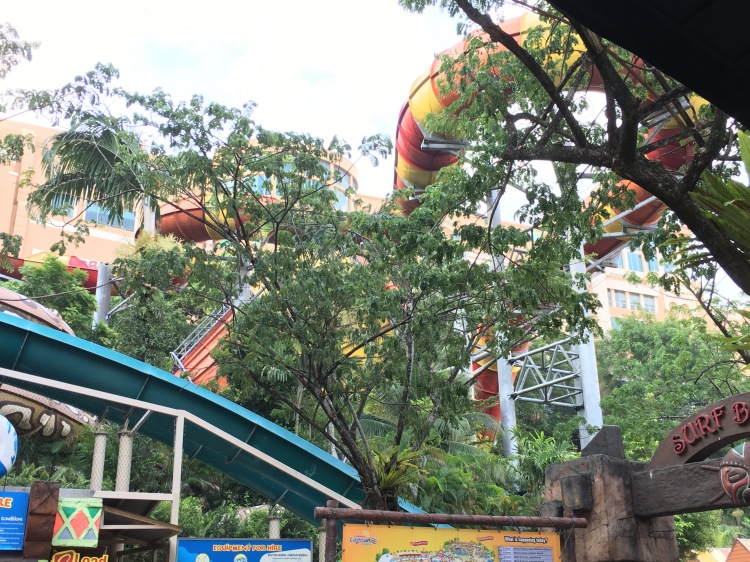 That was the ride I was talking about, we were completely astonished by the ride, it was very fun. 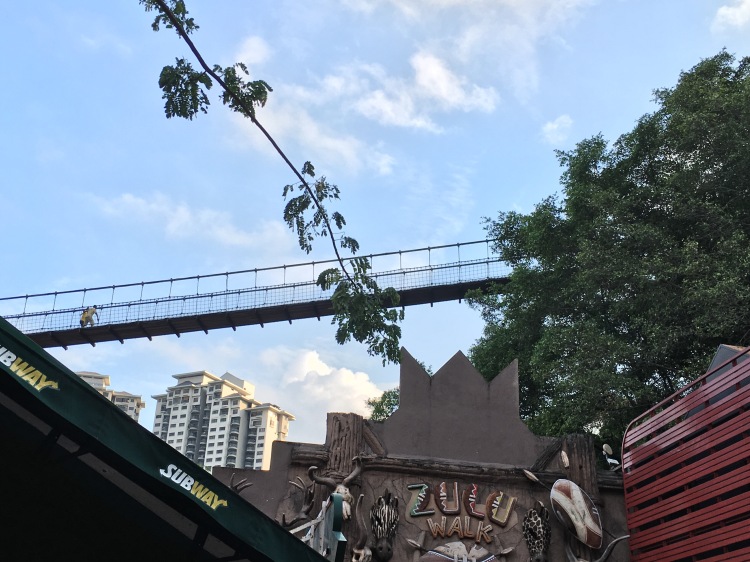 We also had a walk on the suspension bridge which stretched across most of the theme park. 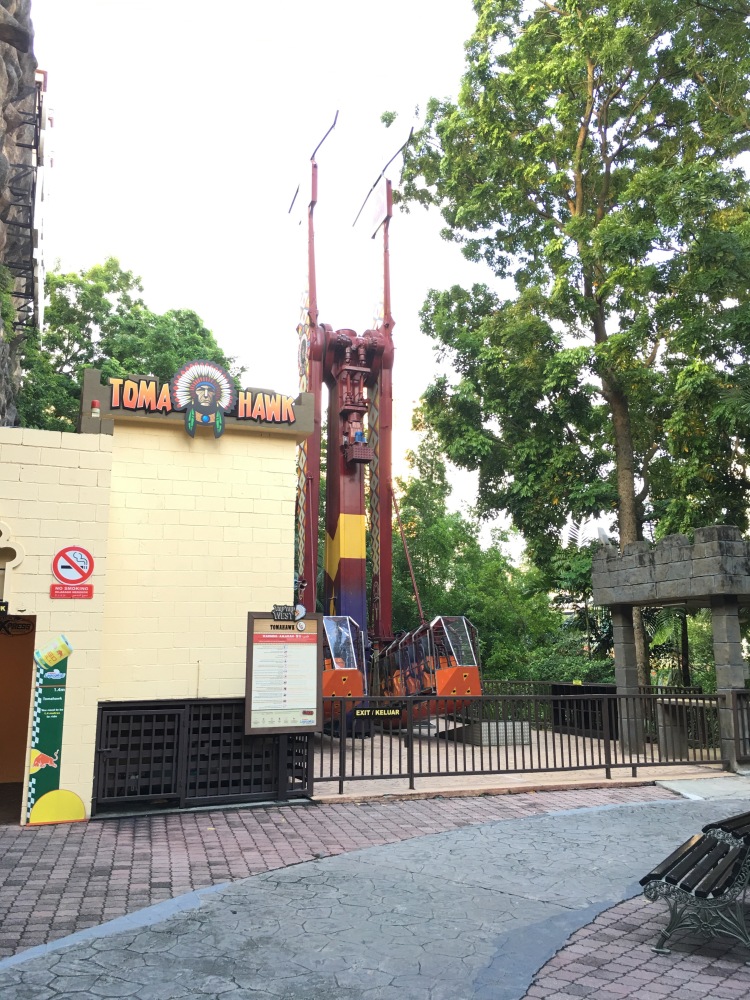 After the 360 ride that was hyped in the information map that was provided about the theme park was a total let down, the ride was you standing on top of a capsule, and you would be let straight down the aperture, which would end in a few seconds that we had exchanged waiting for another hour, Xin was wearied at this point of time, and she cited about having a go on the pirate ship.

This time we went to another pirate ship which had two arms, and swung two 360 simultaneously. The seat belts were just comfortable, enough for us to breathe, but when the two 360 came, we were unprepared, and almost fell out of our seats, the ride was the number two in the park. 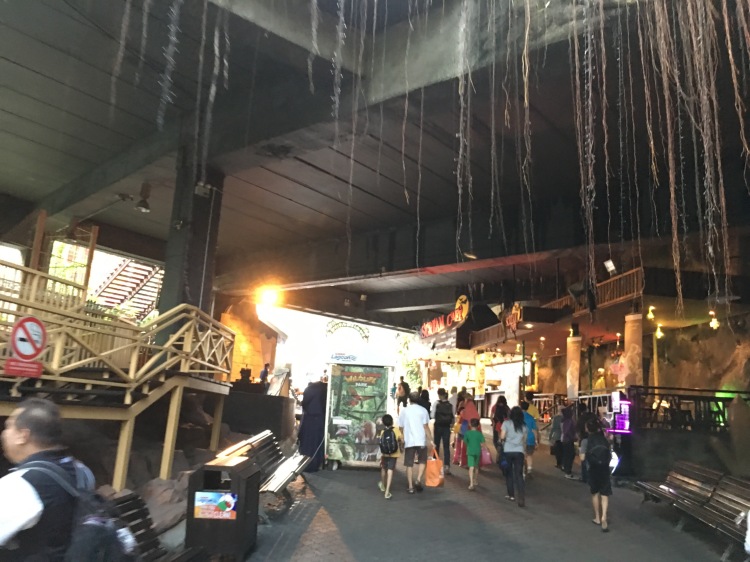 It was 6 p.m. and we had to wash up, the park was closing up. I went to take some pictures around the theme park for this post after cleaning up because I did not want my phone to be in contact with water at any of the time of this theme park excursion. 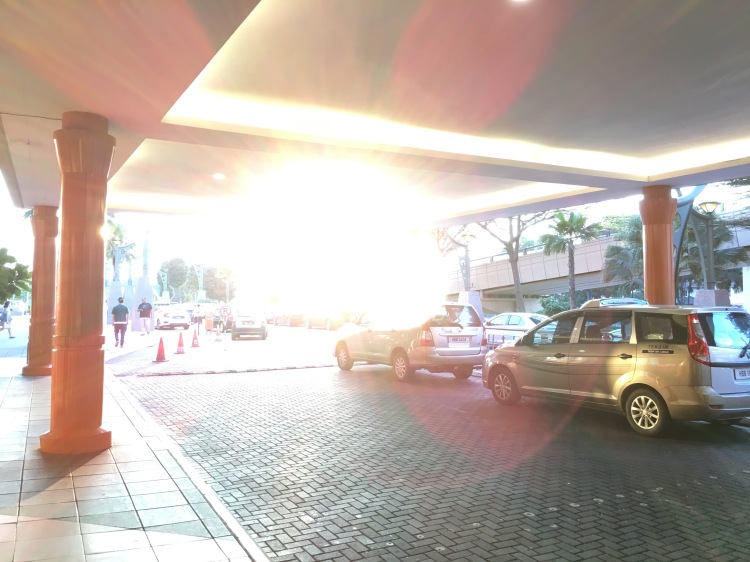 A random shot of the sunset after having a long day. My conclusion about the Sunway Lagoon theme park, would I come again? No. Because the pricing is not worth the attractions that they provide at the theme park, and they have still a long way to go in comparison to those Universal Studios, Disneyland and et cetera.

Do you have any experience visiting this place in Malaysia? If you did, drop it down in the comments section.