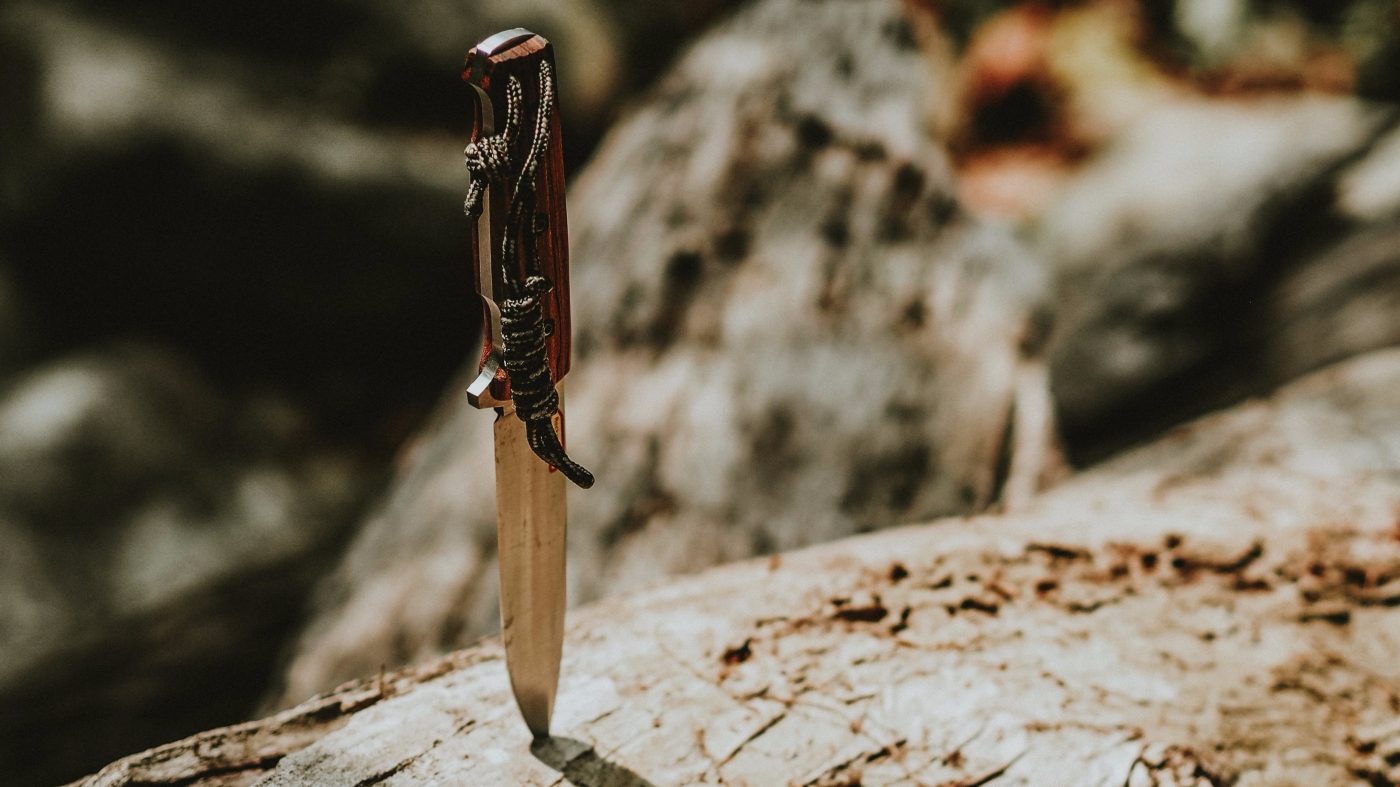 Why am I… My thoughts were blame-filled to the brim, the past had happened, I needed to capitalise on the remnants of the fragmented hope presented in front of me, Why… I kept blaming myself instead.

My head was still shrouded by, Why didn’t I use…

Everything’s going to be okay. Kaizen’s voice hit me like a truck, I was flung back into my normal self. Her poisoned hand was as huge as her head, with purple veins surfacing from her subcutaneous layer, I took a rope by my side and tied off her hand to negate any more poison from flowing into her other body parts. She grunted, she cried as I tied her hand. I saw a rock at the surrounding, and I pulled out my knife from its scabbard. Eschewing from the blames, I needed to exploit the remaining essence of time.

Break the bones first. Then only amputate my arm. Those were the commands from her, I was too scared to think straight anymore, I could not, think. Fear ripped me apart from my savvy, I should not, but what choice did I have left? Plenty. None.

I picked up a chip of wood and let Kaizen bite to it, making sure she did not bite her tongue. Without any warning, Why… didn’… I shut my blames away, smashed the rock right in the middle of her arm, at the end of the swollen part.

CRACKK!!! She cried, weakened. I lifted the rock higher this time, hoping to shatter the bones there once and for all, CRACK! the crisp sound reverberated in the atmosphere, inside my heart, inside me, everything shattered, splitered, broken.

Revealing the knife, hoping she could endure everything. I should have use the death ray… Time knocked into my head, telling me that it was not on my side, I got hold of myself, I plunged the knife into the severed arm, Why did I amputate in at the middle of the arm, not the elbow? I was still hesitant, I caught hold of myself once again.

Planting the knife into her arm, I sliced it like a chicken, I took forever, her cries of horror, pain filled the air. Tears kept rolling down my cheeks, I was afraid that I would…

Silence, pin-drop silence. She stopped breathing. I threw the knife to the side, “KAIZEN!” the veiled up sadness, grief, fear poured out, all at once. I was broken, decimated into smithereens, “WAKE UP! WHY ARE YOU NOT BREATHING?”

I shook her violently, she was out cold, “KAIZEN! WAKE UP!” I hugged her tightly, in spite of the begotten hope. “KAIZEN!” crying was the most worthless thing to do, but I did it anyway.

thup…… thup…… A faint glow of hope emerged from my cries, and the grit of us held us together. “what should i do now.” my tone shuddered, quivered, I had one more chance to save her, I was not going to screw this up again. No hesitation.

“poor boy.” A vague presence popped up from my back, its voice was nonchalant, it was a talking rabbit, “Stop crying. Blow some breath into her, and I will save her.”

I was grateful for her appearance.

Inspired by : Made in Abyss

Craving for more? Down below:
Bright Eyes
Someone… Somewhere…
December Deadline (Goals)
Made in Abyss
Faster Than Light
“The Little Girl Survived.”
What to Do After SPM?
FEAR