Rushing, rushing, rushing again. I was not ready to go to Hong Kong, I was busting my ass off, rushing my blog posts for the week that I was about to be in HK, and I still had left-over tasks from my work, it was as if I was carrying a burden to a trip. However, everything sorted itself out before boarding the plane. 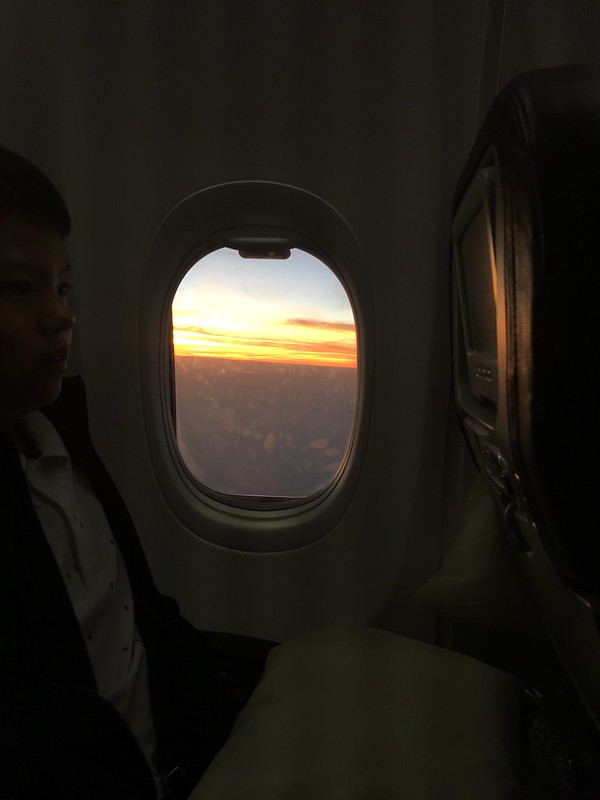 A scene of my brother who took away my window seat.

We reached there at around dinner time, and we have Gor Gor Boi (Brother Boi) (a relative that is quite close to us), he is married, but we still called him as Brother Boi (sounds really wrong, I will continue to address him as Gor Gor Boi below). We checked in, and Gor Gor Boi brought us around as he is familiar with the place, he is a PR there, same as his family. 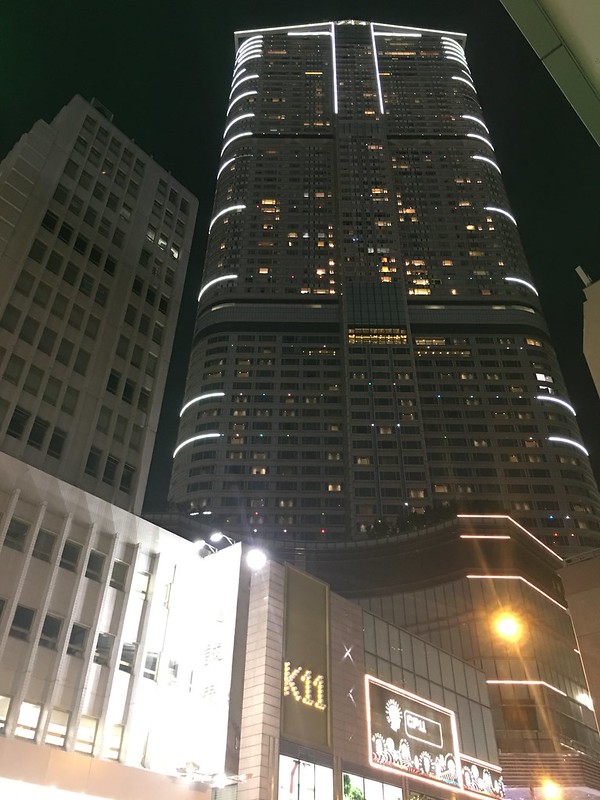 Buildings around the hotel. 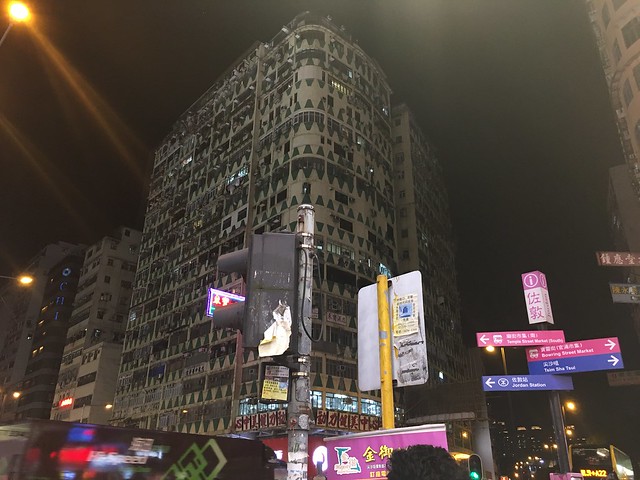 That building in HK series.

HK is a night place, (you will see why in the next few posts, the absurdity is beyond comprehension.) there were people everywhere, even crowded when we wanted to take out dinner nearby. My parents insisted on going to those retro HK series restaurants where all the ‘taiko’ (gangsters) had their dinner, and it turned salty. 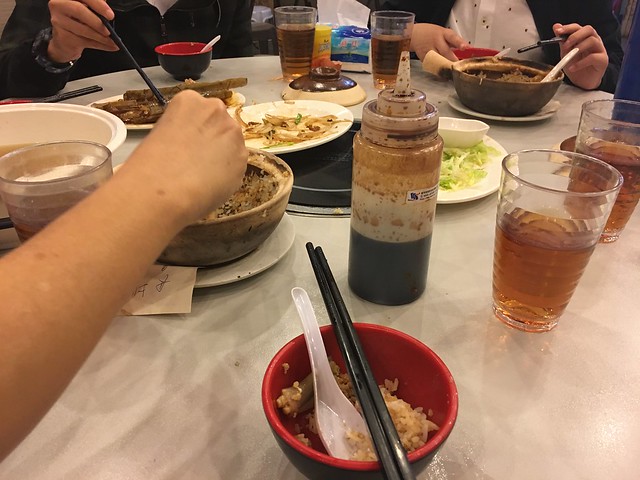 The atmosphere was there, but the food was not there, it was worse than we had imagined. We used to watch HK series and saw the actors eating gleefully, swallowing everything as if they were really nice. We were fooled, and even Gor Gor Boi did not stop us because he knew it would be no avail. He told us that good food in HK are those that have queues or at the top floors of a building (HK traveling pro tip) 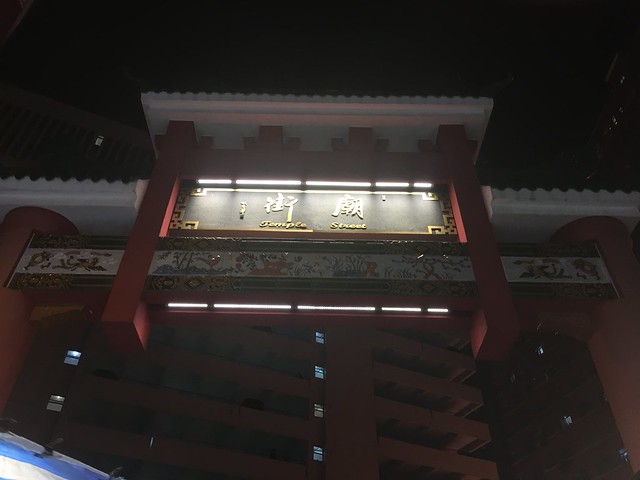 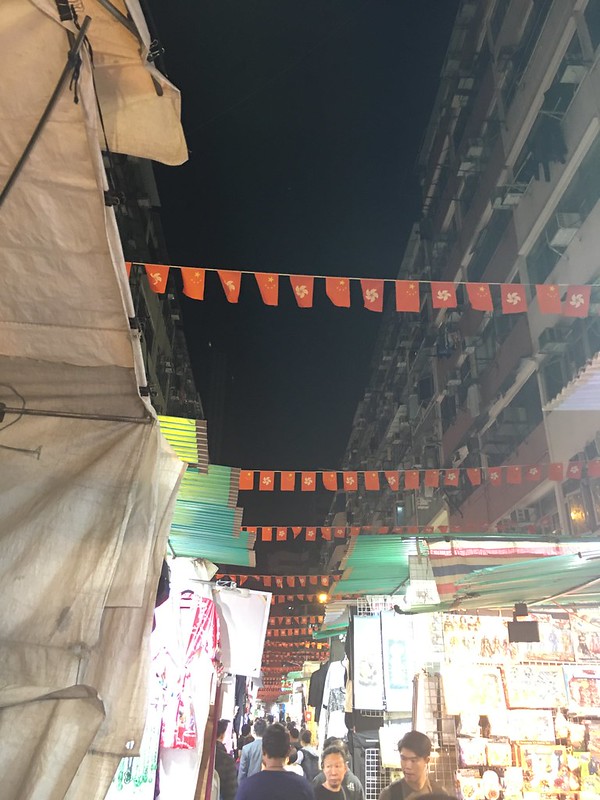 A street that sold lots of goods and souvenirs, literally everything. When I mean everything, it is every single thing. 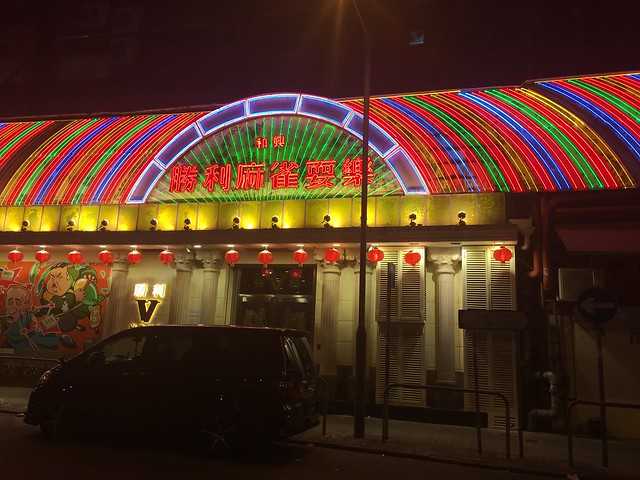 A mahjong club, yes, it exists.

After a long walk to digest everything that went inside just now, we were ready for second round, a really fantastic sweet water store (tong shui), a delicacy / dessert for Chinese, that got awarded with Michelin star. The award was not a show-off, they really are a real-deal, they serve exquisite ‘tong shui’, really smooth, not too sweet, not too overpowering, the balance of the overall taste will leave your mouth linger, really, really must try. I will rate it 4.5 / 5 very nices, really must try when you come to HK. 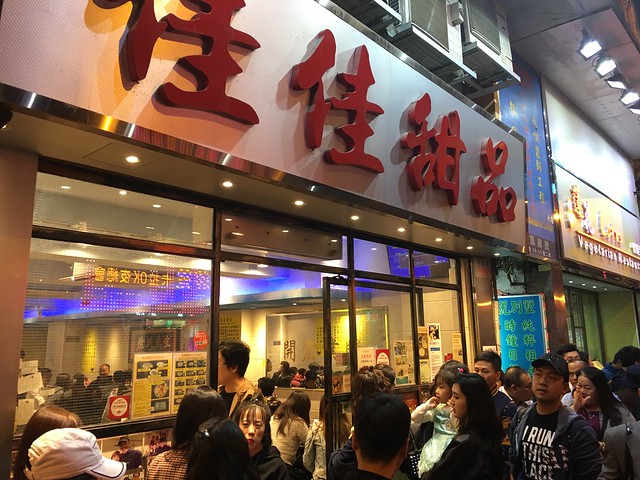 Look at the crowd 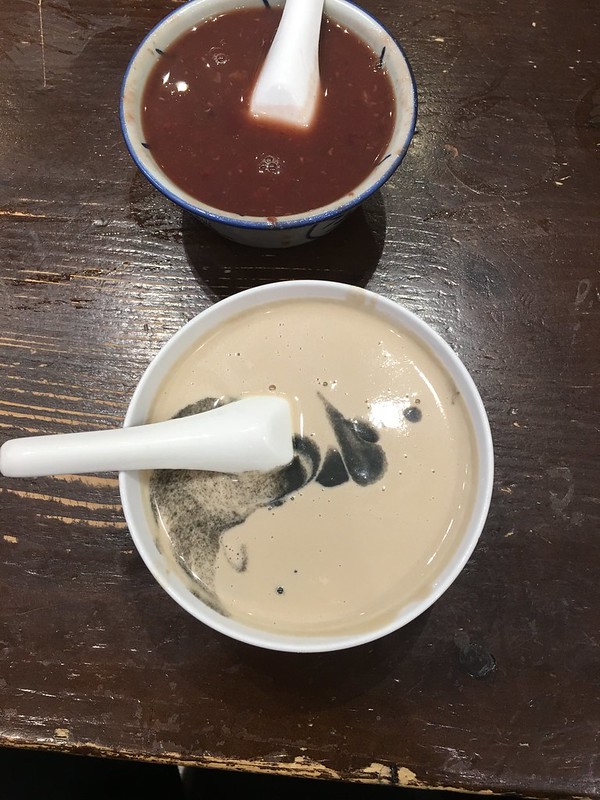 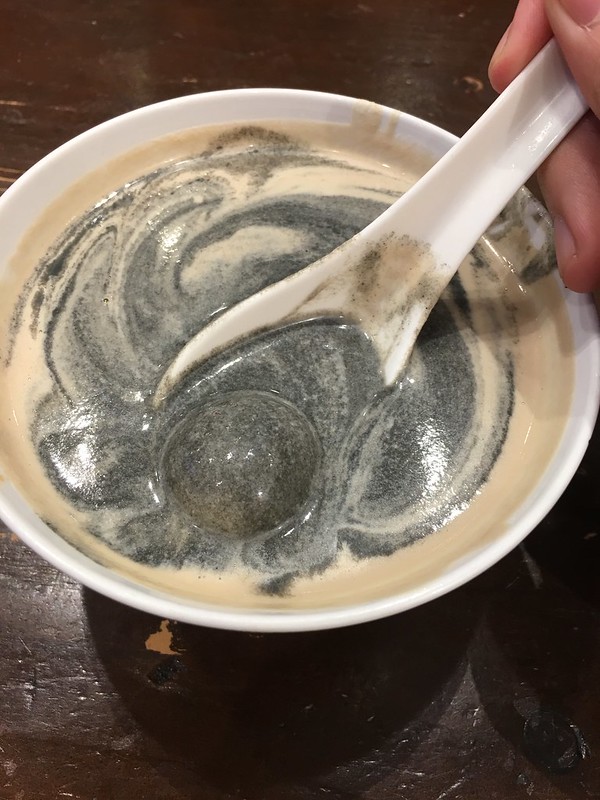 The glutinous rice balls are filled with black sesame, the outer layer was perfection coupled with the savoury crushed black sesame inside. 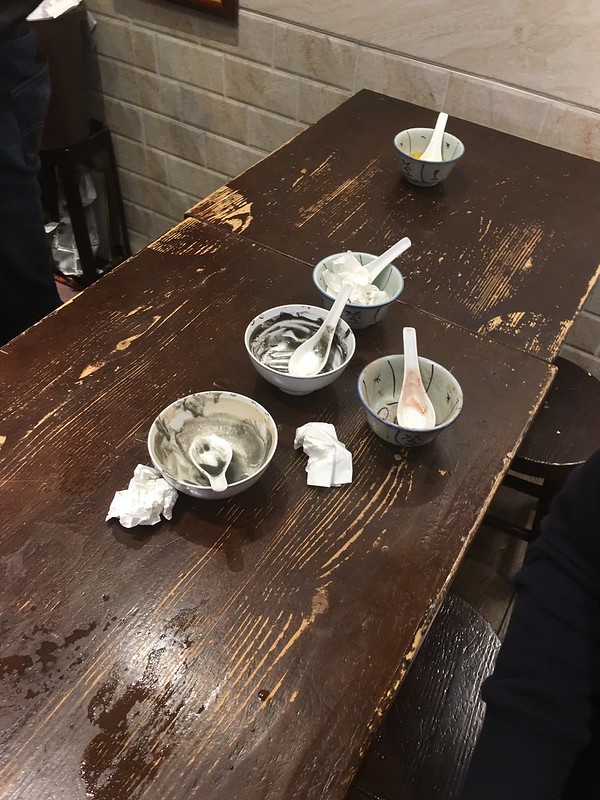 We finished half of the menu. 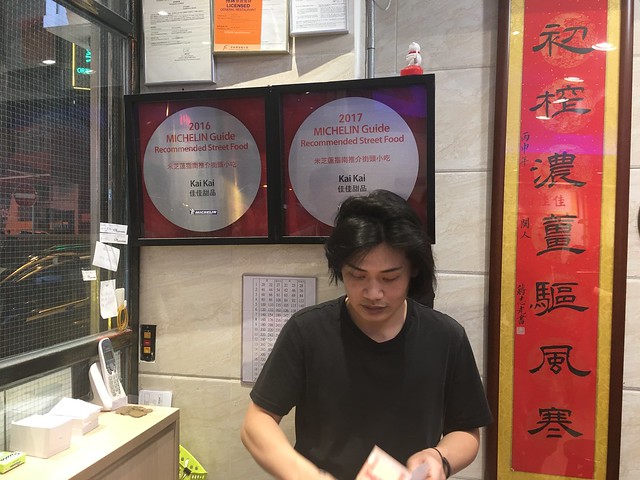 This guy was busy taking in all the cash. He deserves it, the store.

Gor Gor Boi continued leading us back to our hotel, and we went back, sleep, for the next day. 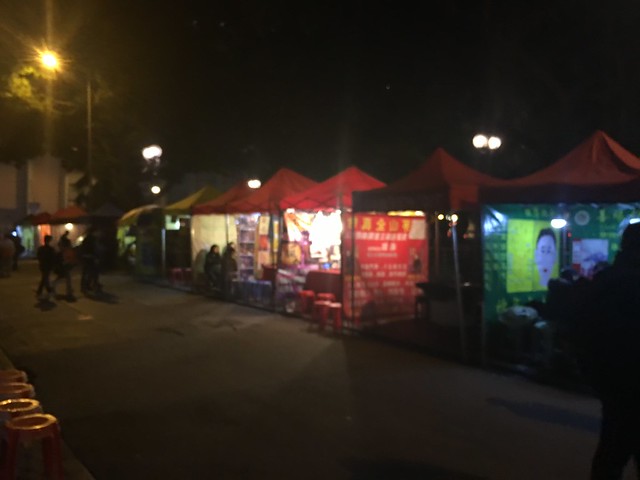 A street filled with fortune tellers, yes, again, this exists. 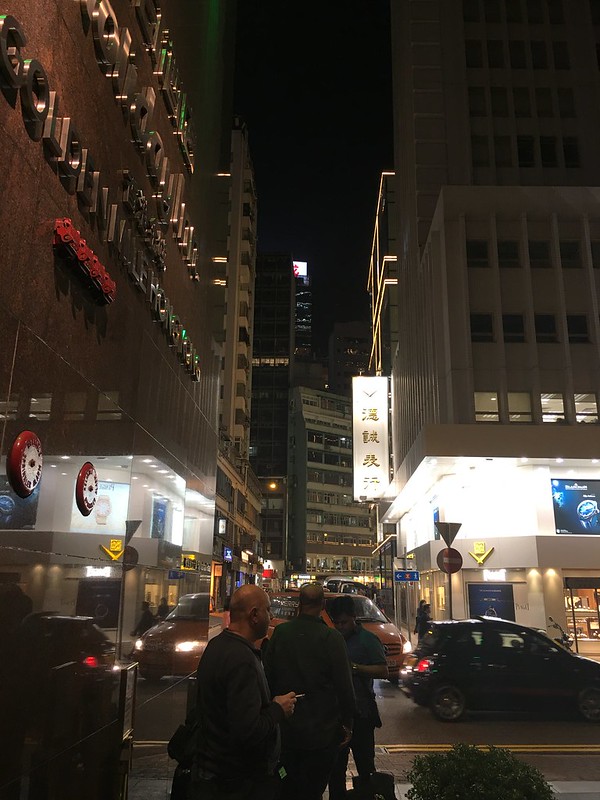 A final image to cap off the first day.