Morning. 0630. Run. No people on the streets, literally, the weekends, best time to run. I did not do any warm-ups, (regret hits later), I was shivering, quivering when I started to run. I will let the pictures do the talking, I will run. 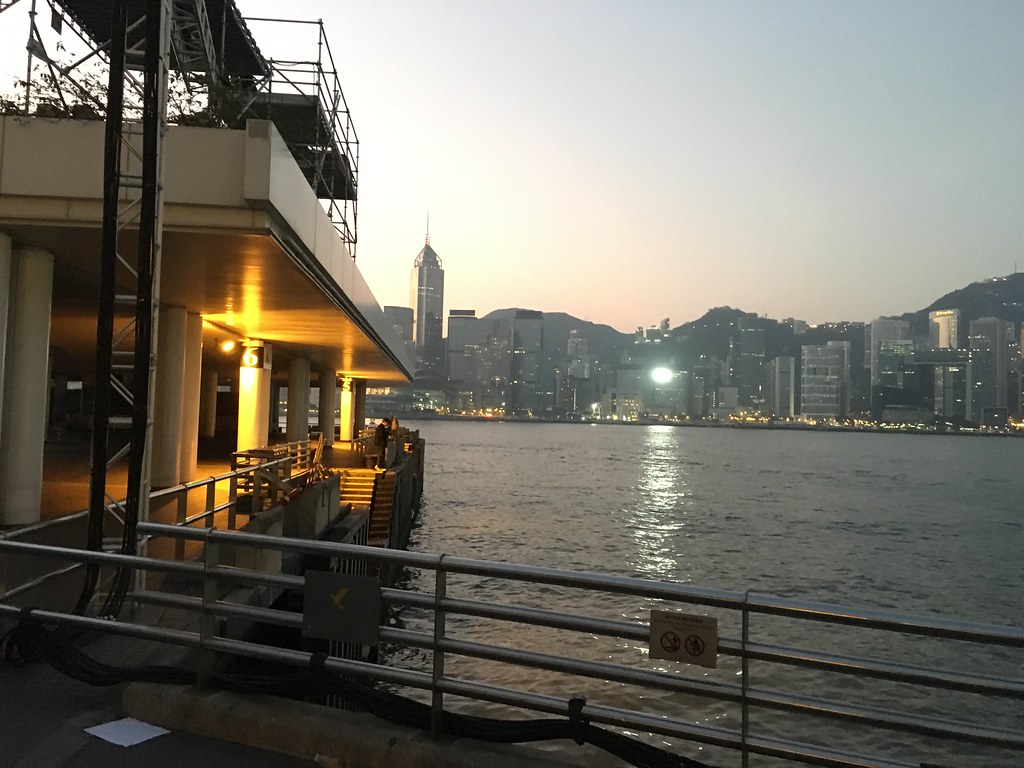 The piers in the morning. 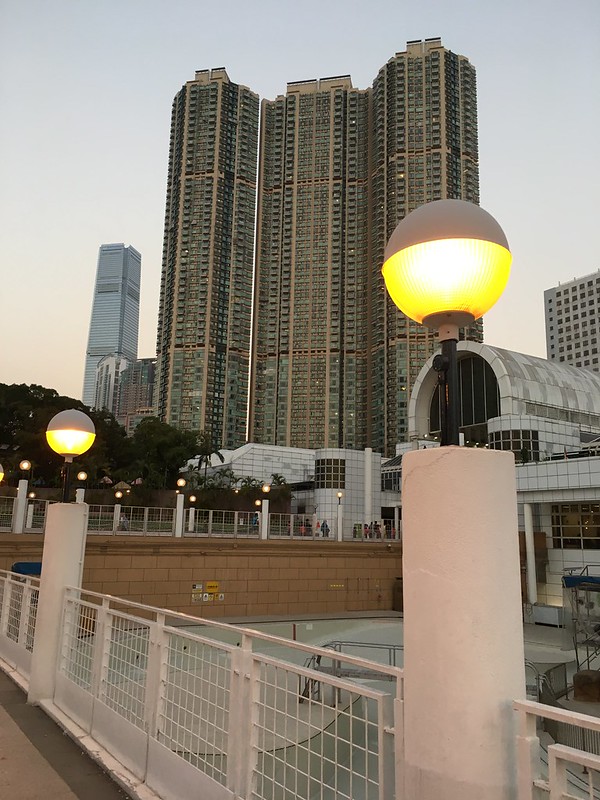 An empty pool at Kowloon park. It was freezing. 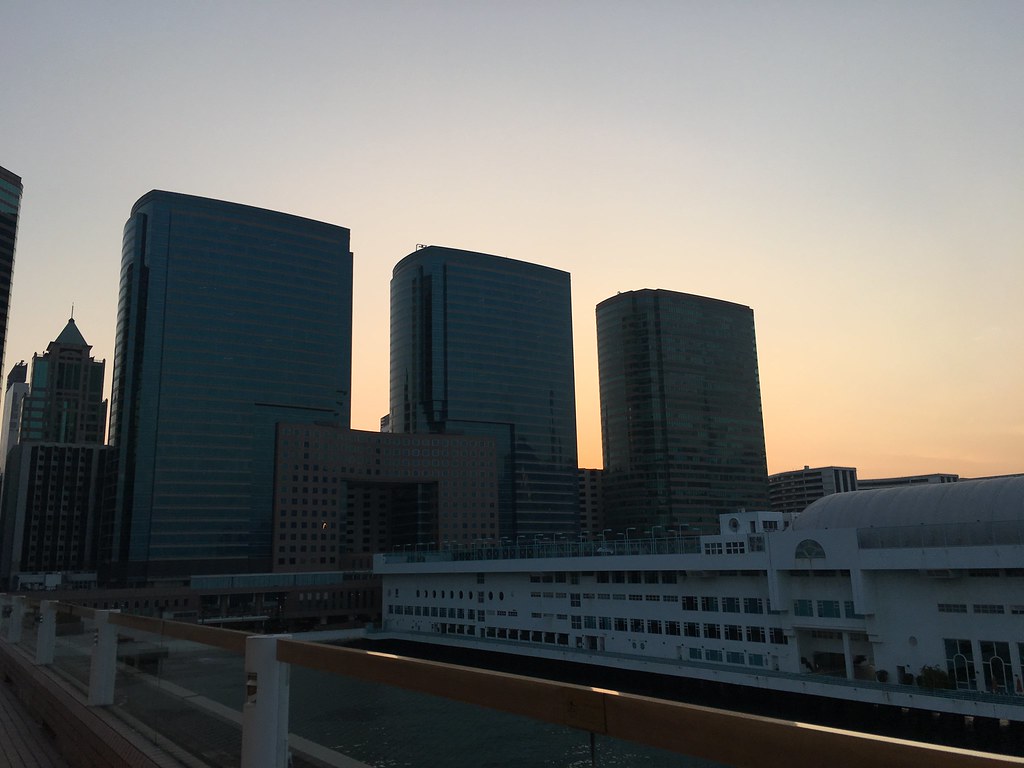 Hind sight of a pier. 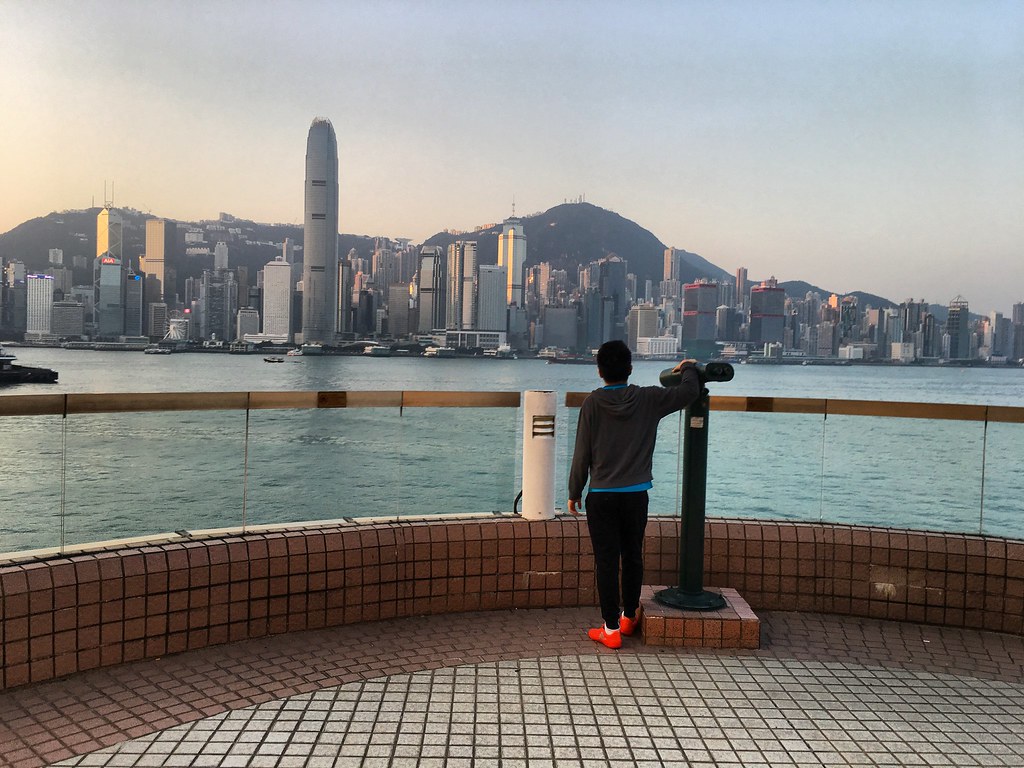 Me staring at the view after running. 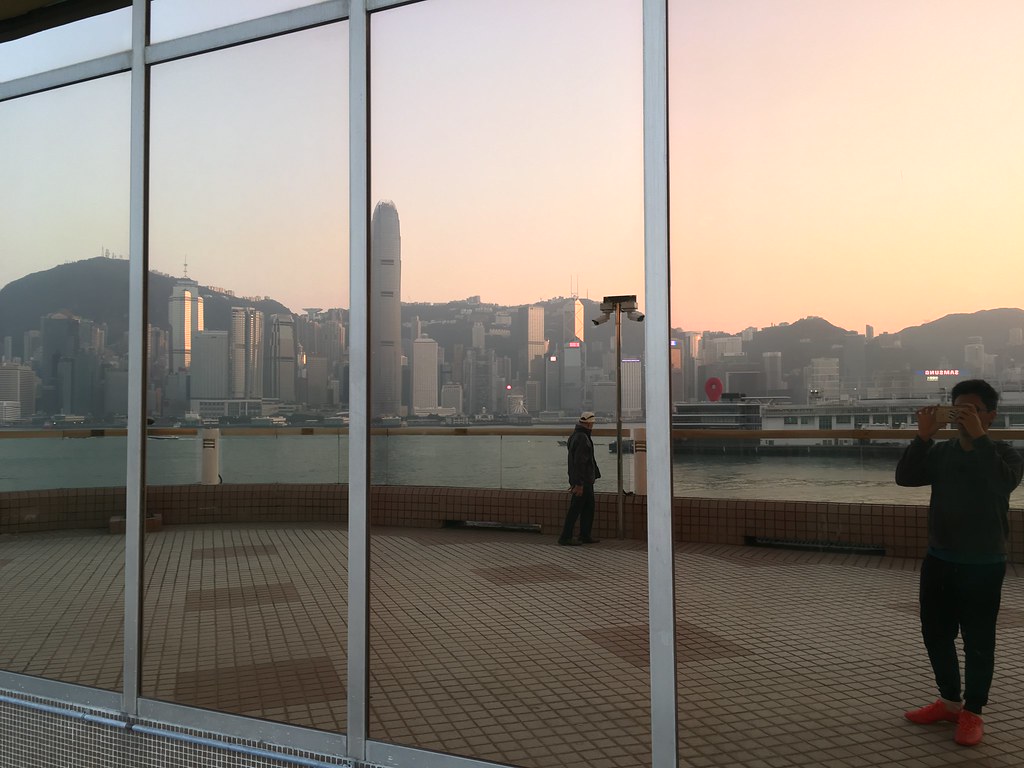 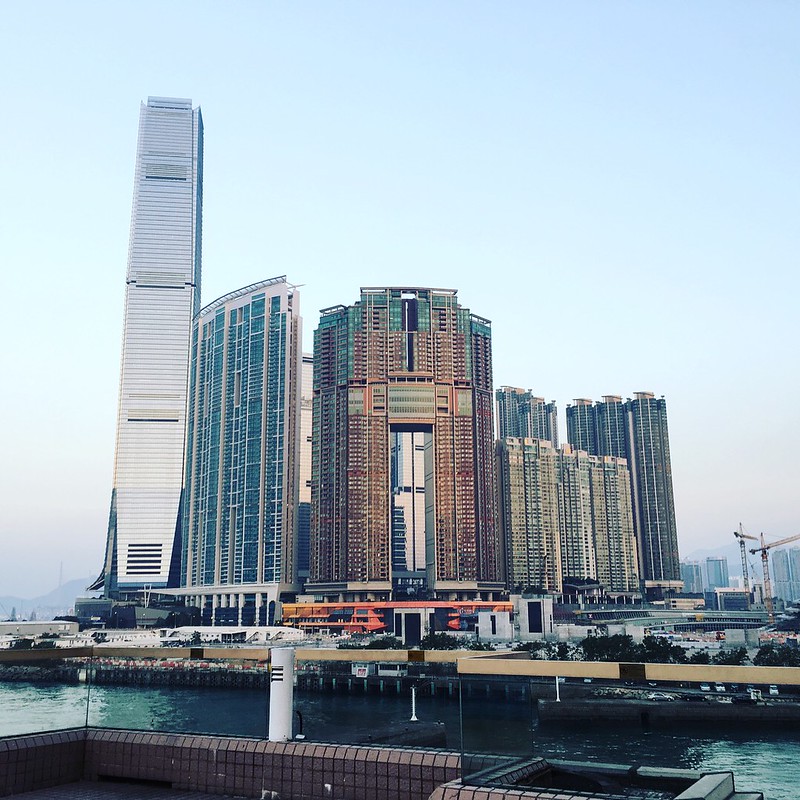 Right side of the pier. 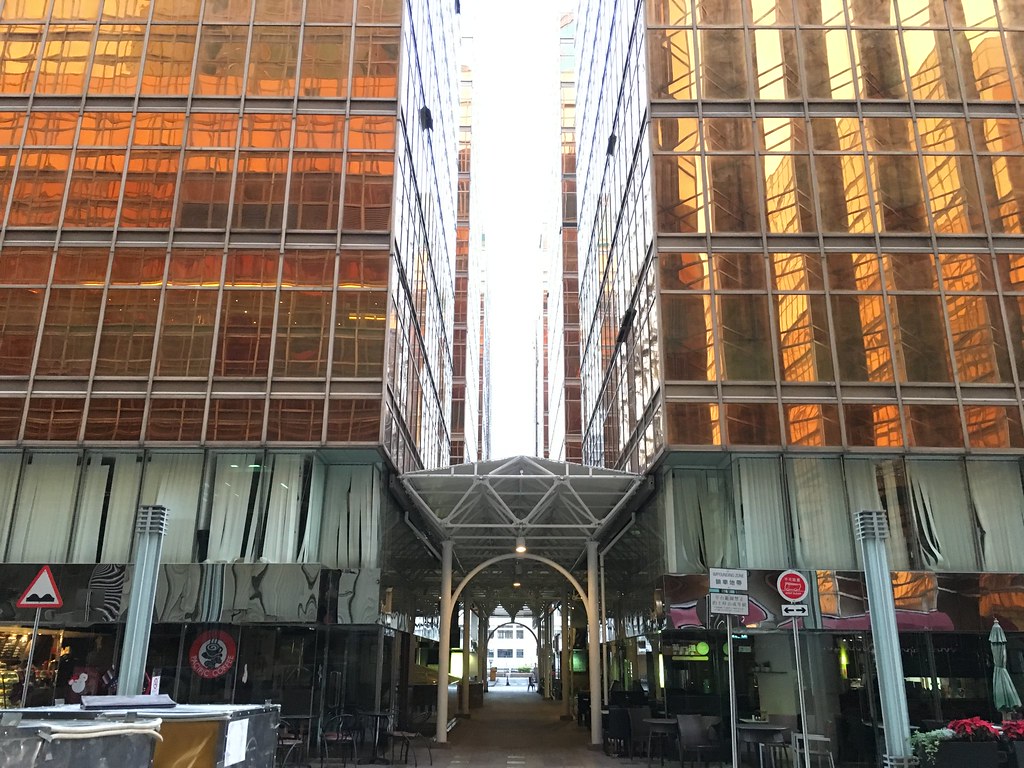 Look at the architecture. 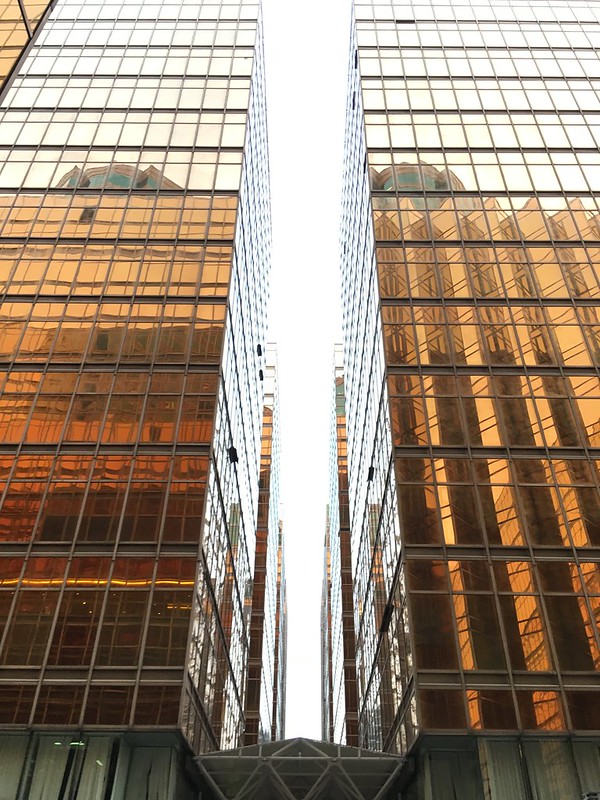 After running in the cold weather, my right foot started to ache, I was indifferent of it, and yes it was about to kick me hard. The pain was insidious, small at first. 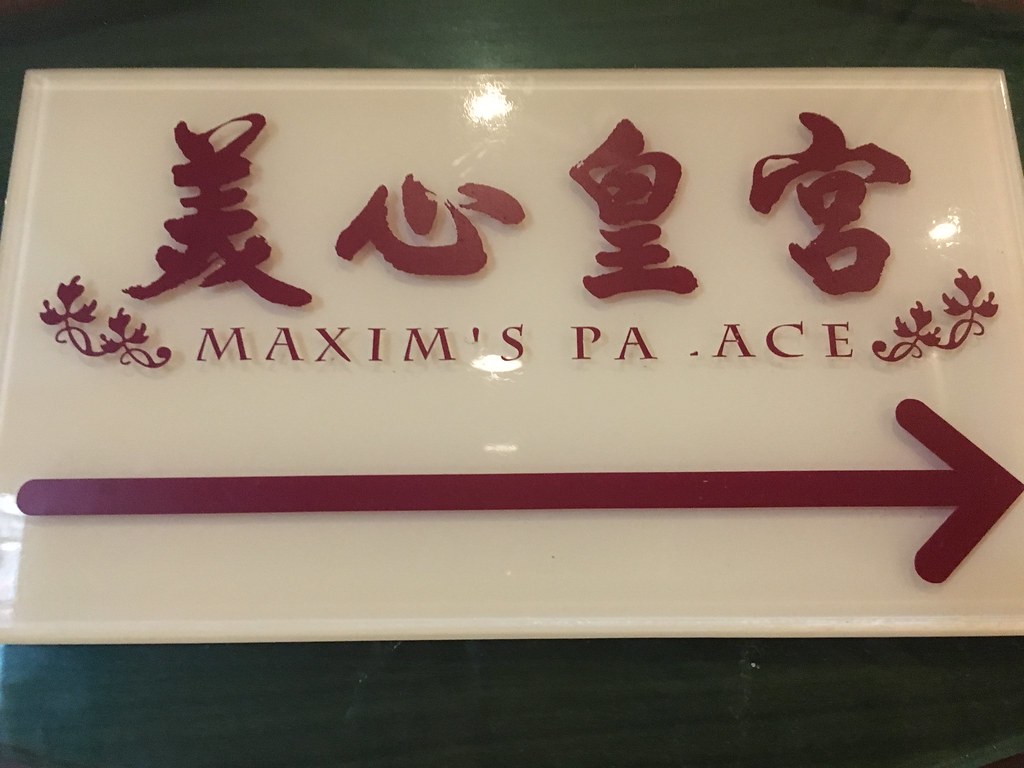 Nothing less expected from the quality of food in Hong Kong. Maxim’s is the chain store giant in Hong Kong which serves exquisite daily Hong-Kee’s Dim Sum, they have the best variations and the original taste of Hong Kong. After the Dim Sum breakfast, Gor Gor Boi brought us to visit their version of pasar (wet market) which is located in a skyscraper which is maintained in good condition and equipped with air-conditioners. 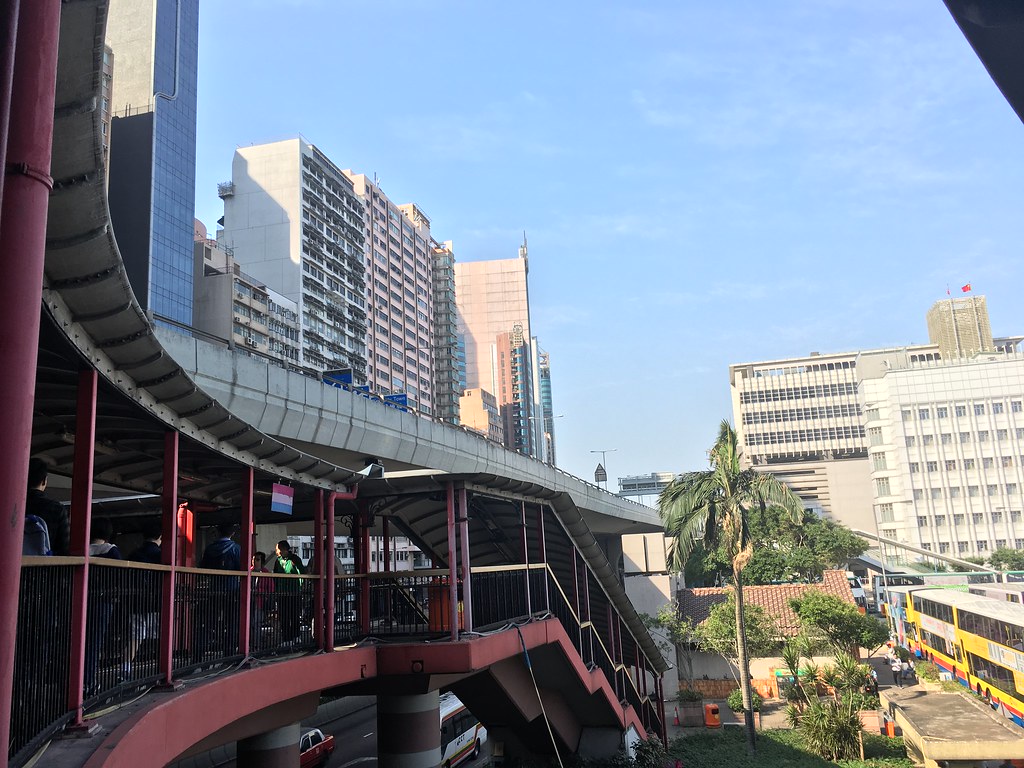 The way we go to the pasar. 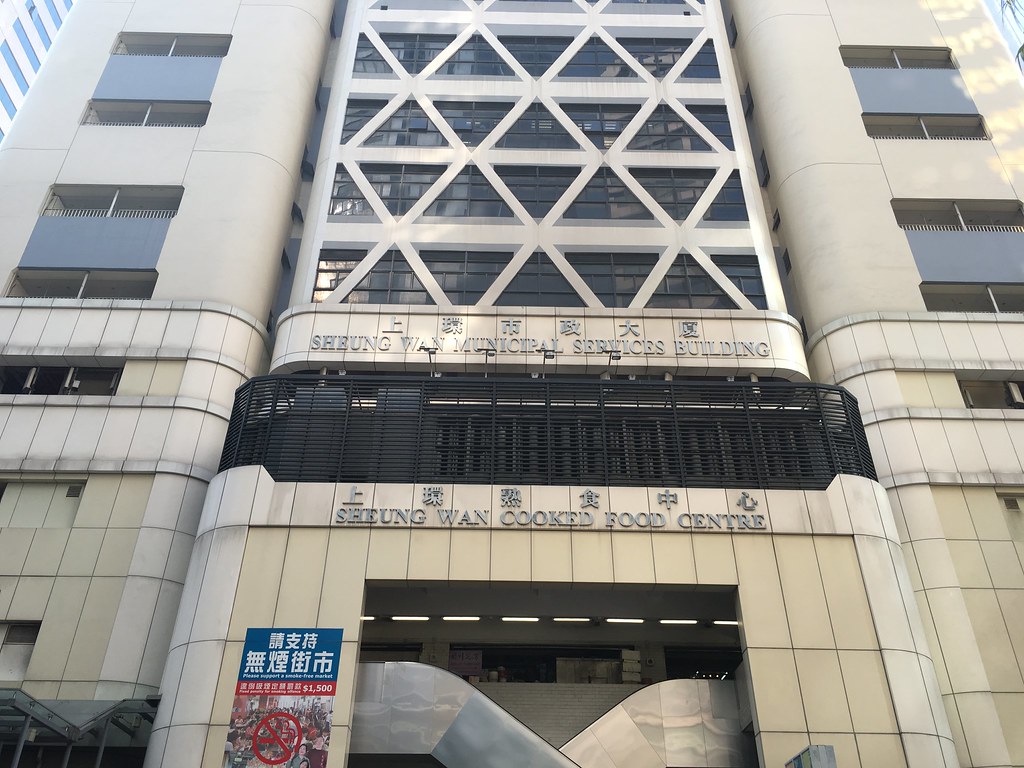 The Hong Kong pasar does not vary much across their cities. It is staple, three floors, ground floor and the first floor is for selling meat and vegetables. The second floor is for cooked food, something like a food court. The management in of the pasar did a really good job at keeping the site clean and visitor-friendly. 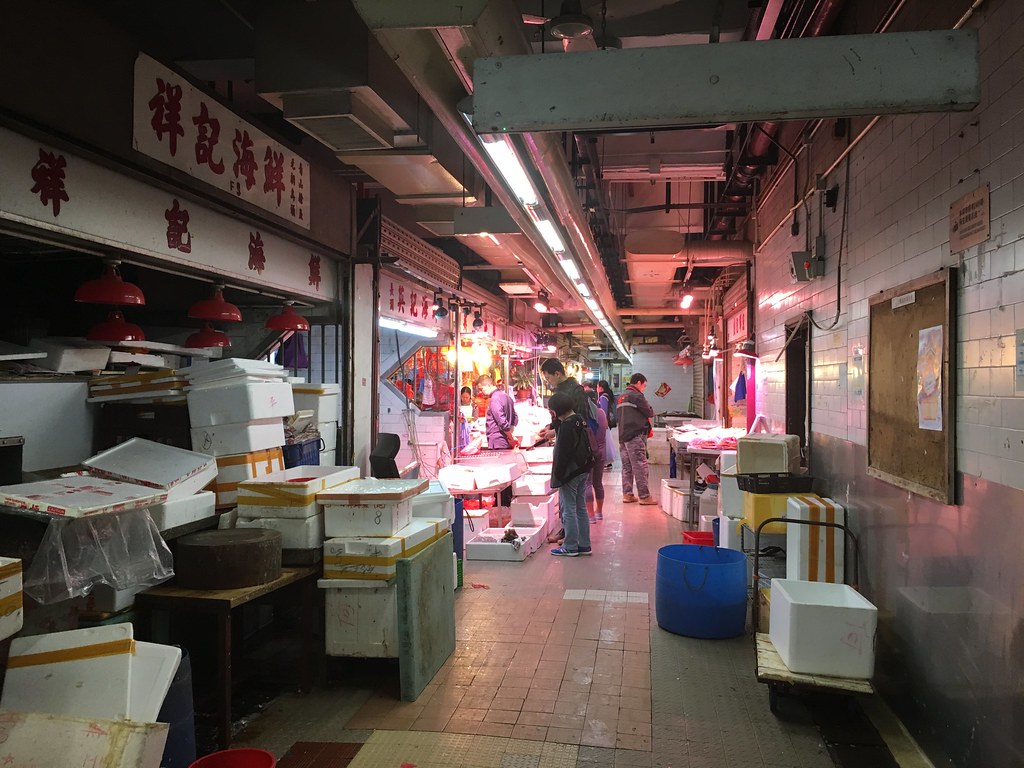 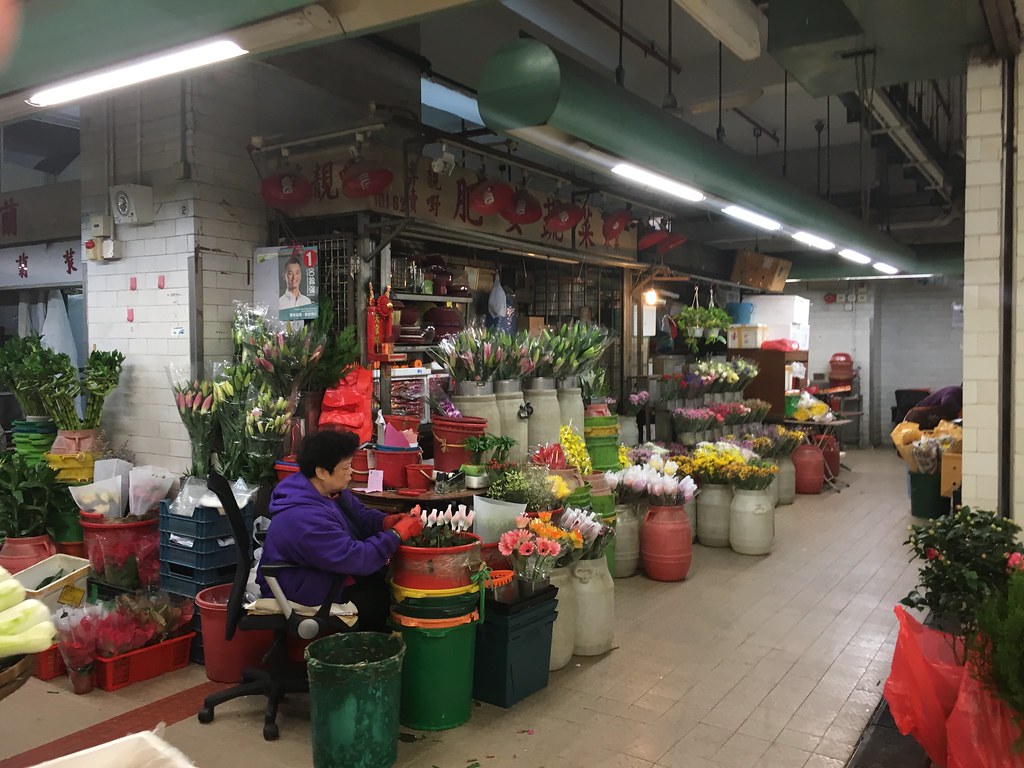 We were quite full after the Dim Sum breakfast, so we did not have any of the foods at the food court, but there were many locals having their morning tea there.

Walk walk until we walked ourselves into another one of the Michelin starred restaurants, a ‘Sai Yong’ specialist. Personally, the food was bad, but my parents had a great time enjoying the food. Basically, the ‘Sai Yong’ is made up of rather springy noodles drenched in concentrated fish essence (which I do not like the smell, it was too fishy and smelly) accompanied with prawn wantons (which is another food I cannot eat- the prawns). However, I might be the exception in this case. 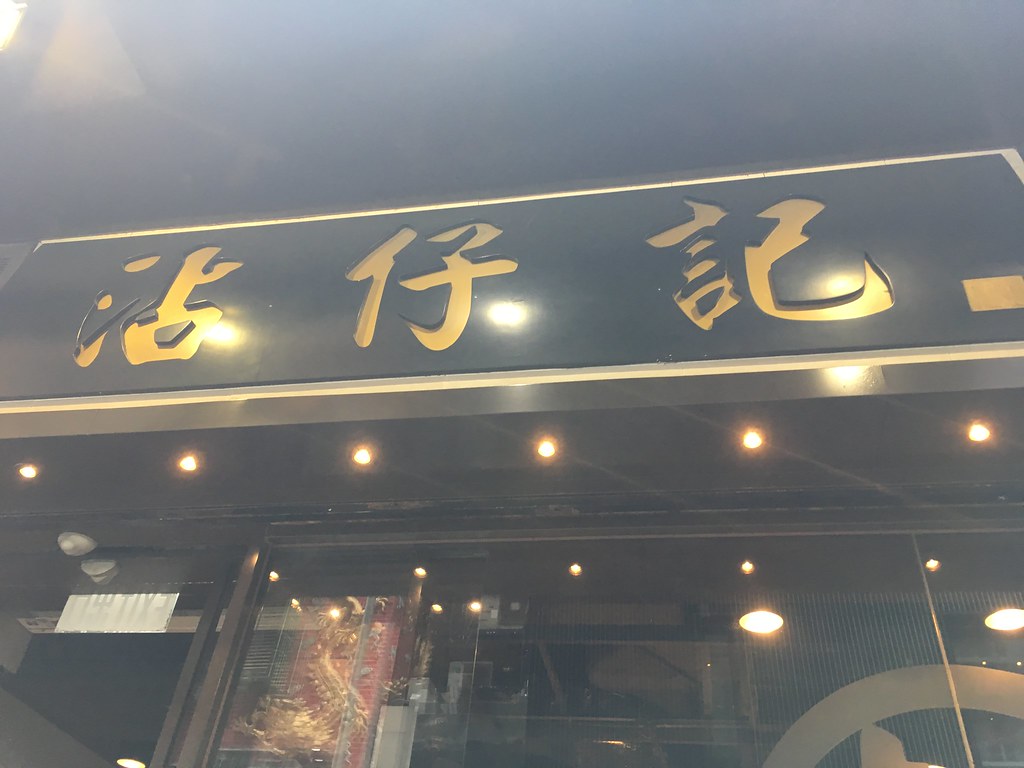 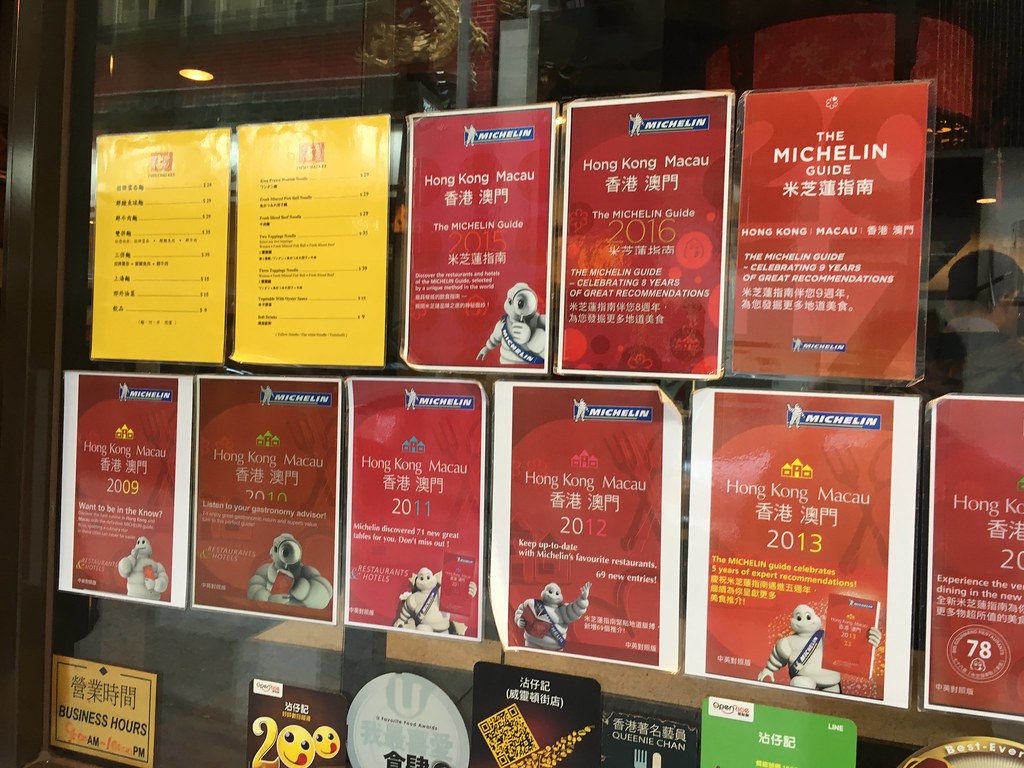 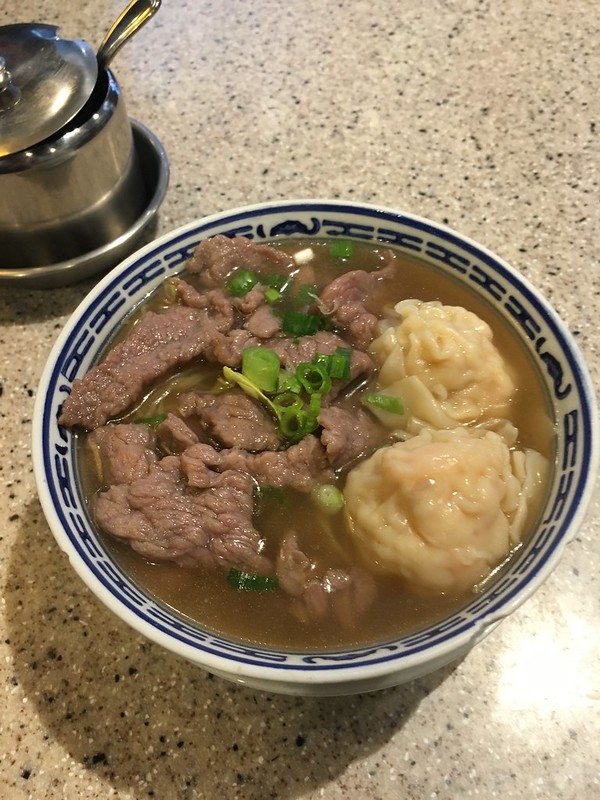 This is the Michelin starred ‘Sai Yong’, but I’m sorry to give it two thumbs down for the overwhelming fishy taste, destroying the whole bowl of noodles.

After that, we were too full to even continue to taste another Michelin approved roast goose restaurant. Gor Gor Boi brought us to look see look see around the heart of Hong Kong. We went to Sam Sui Po, streets that sell many many stuffs, and the scene where the Hong Kong series like to shoot their films. 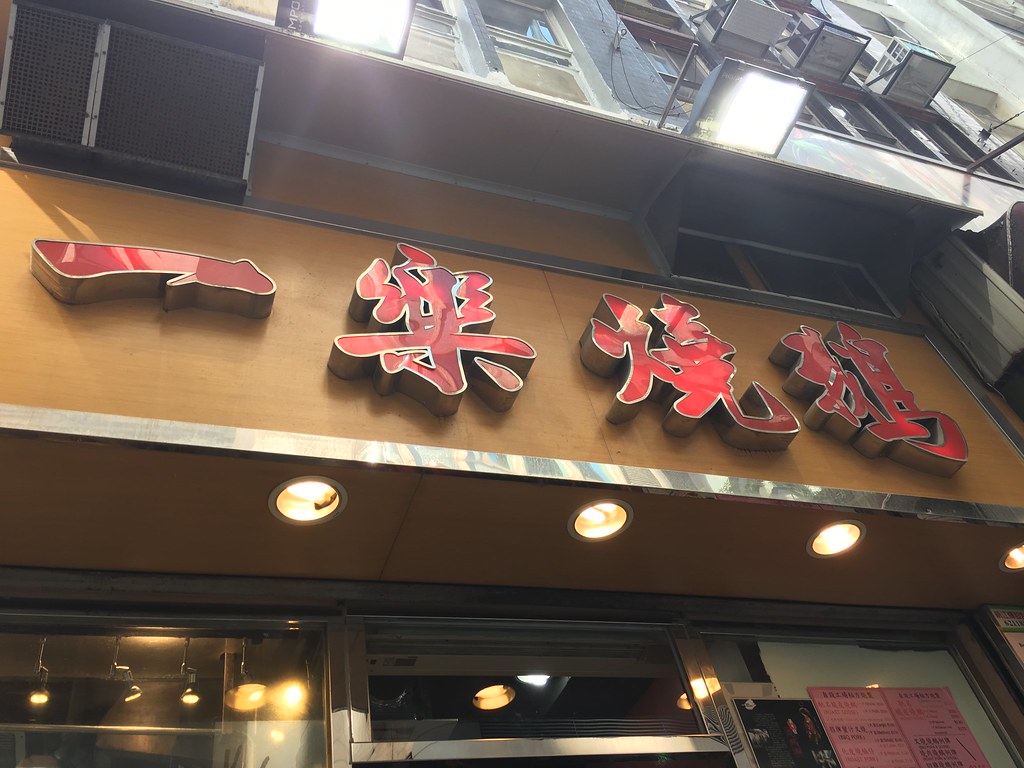 The one that got away… 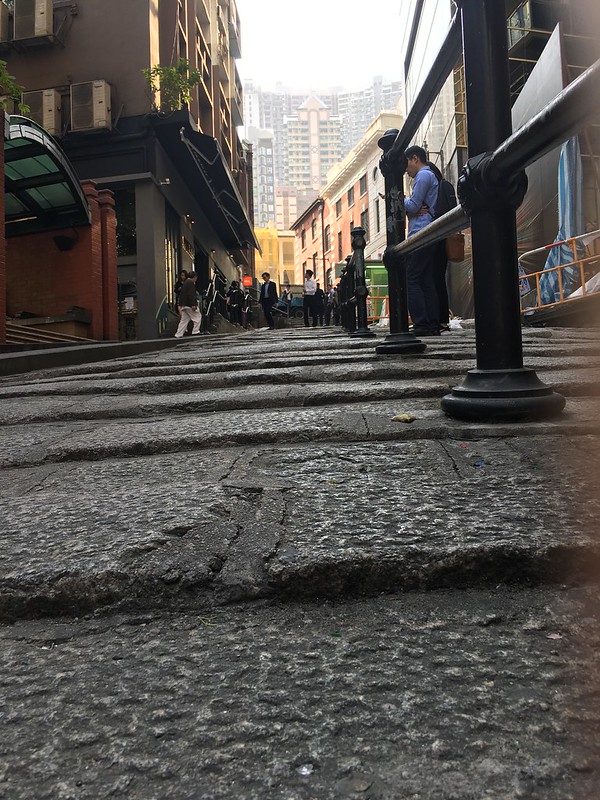 That street in Hong Kong series. 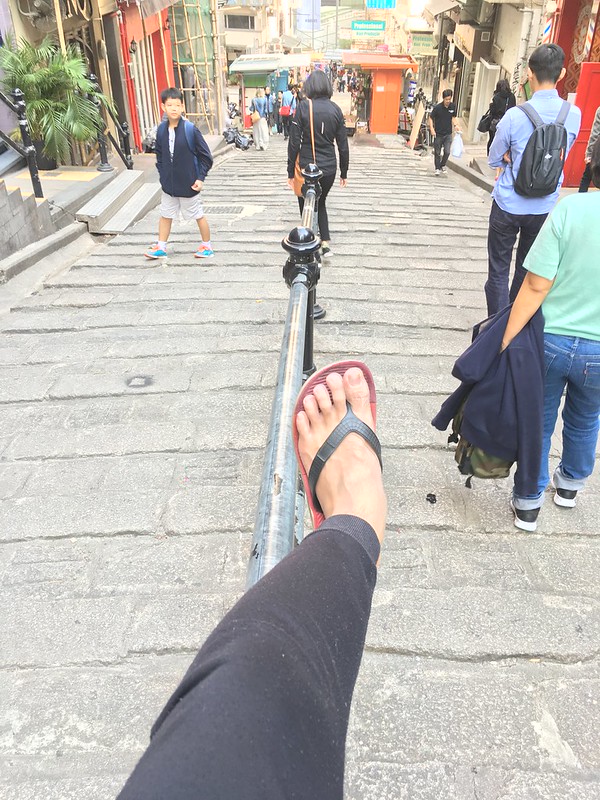 Showing off my sandals because I was the only one wearing sandals, even the Hong-Kees don’t wear them. 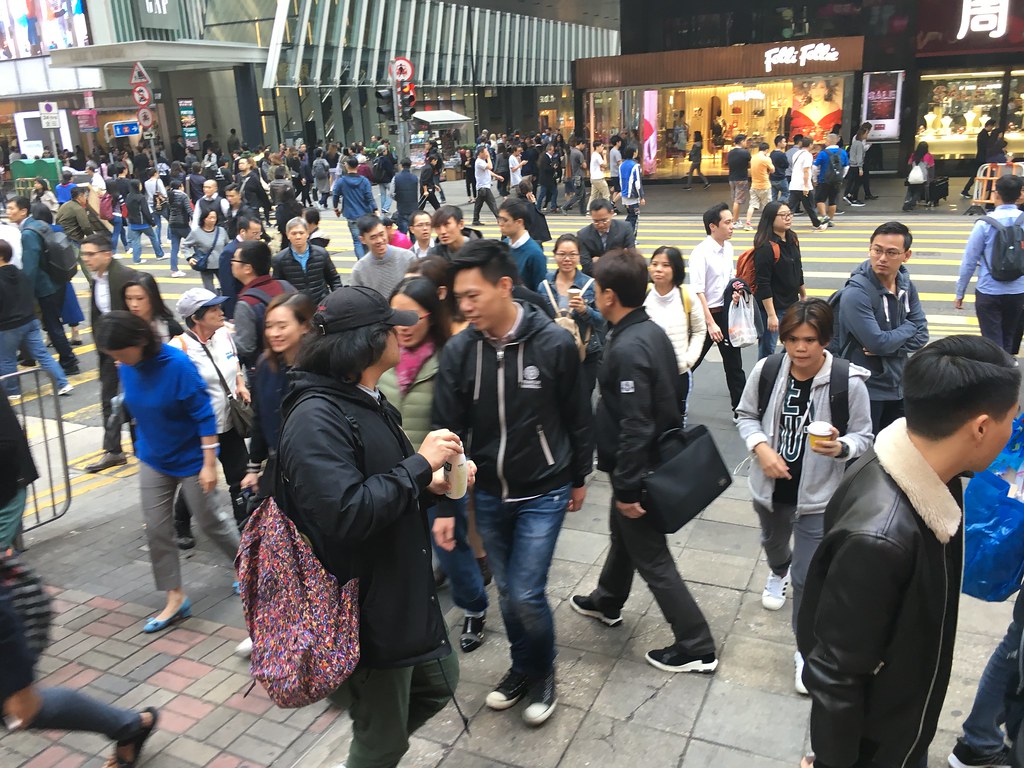 One of the busiest cross-junction in Hong Kong. 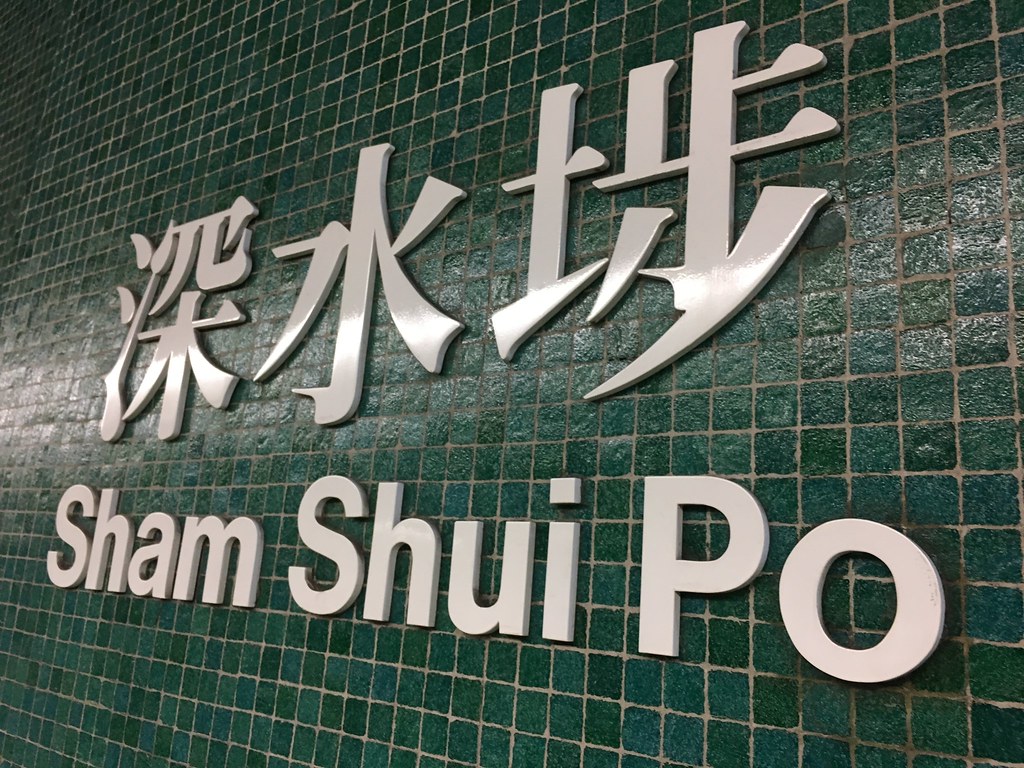 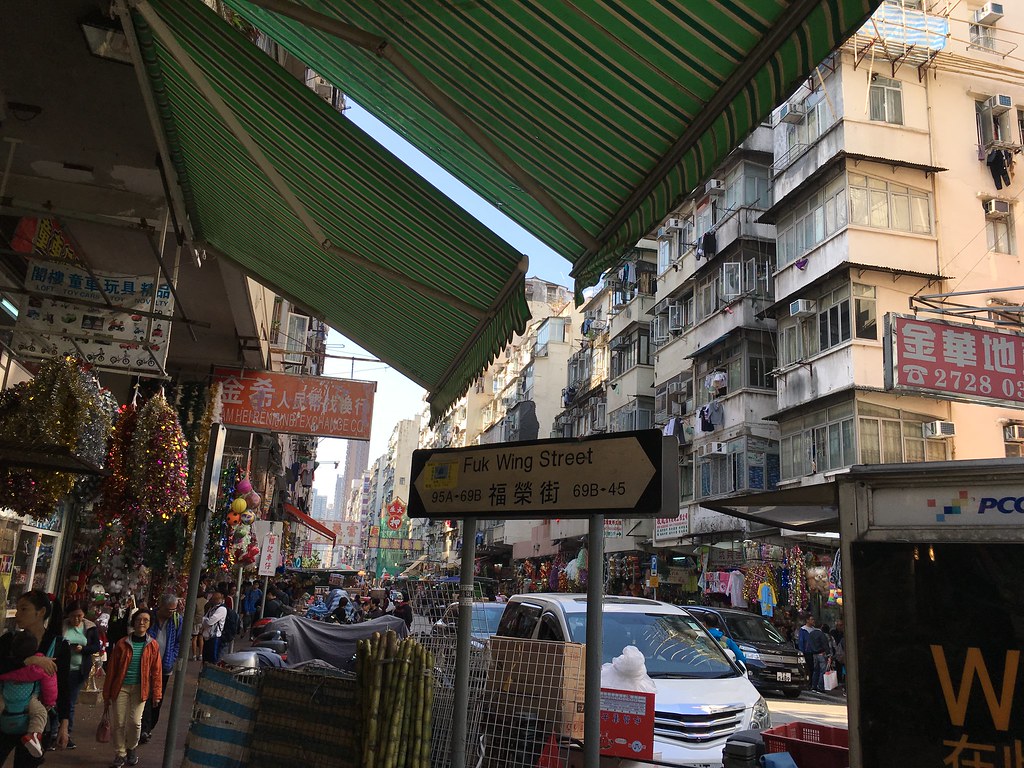 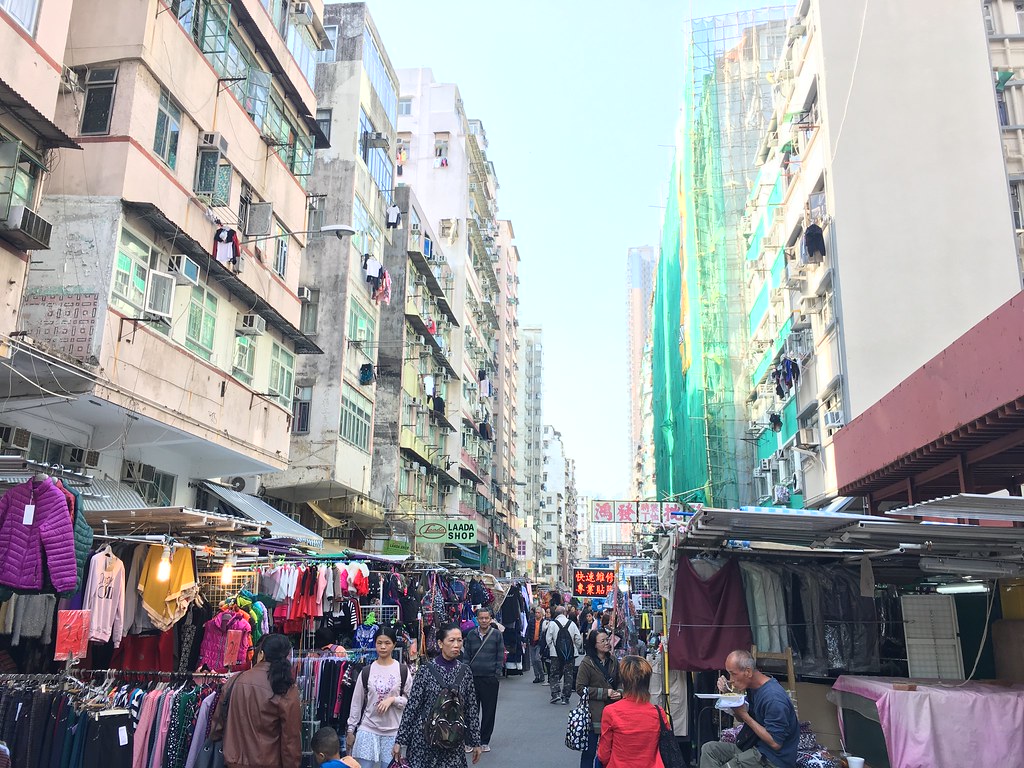 The streets which sell many many stuffs.

One side note to their organization for the cities and streets, Hong-Kees definitely nailed it because every streets sell a specialised item, like one street for hardware, one street for phone-ware, and another street for clothes, they do not mix everything up in a street to be sold. Another point is that the varieties that they provide is much wider than I could imagine, they have from literally anything to everything.

Gor Gor Boi brought us to visit the bird street and we went to his place TKO (Tcheung Kuan O) to have dinner with his family. 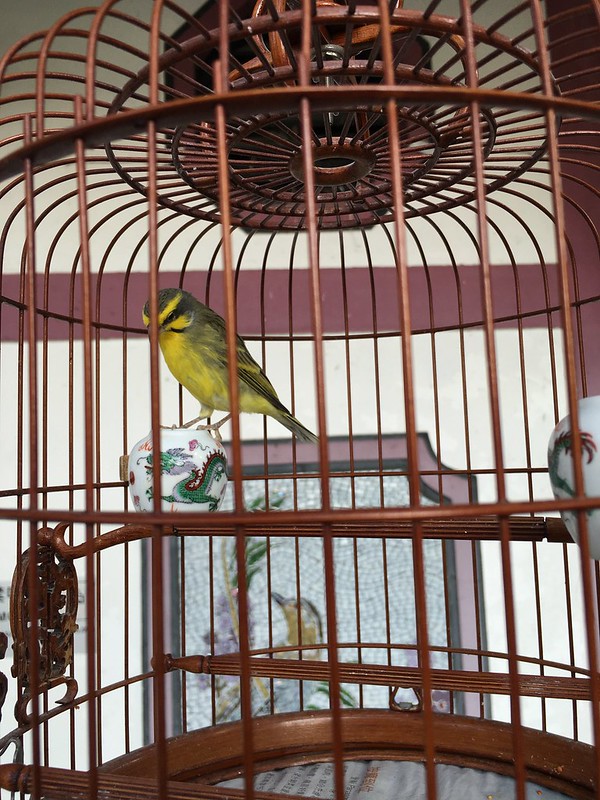 Poor birdies in the Bird street. 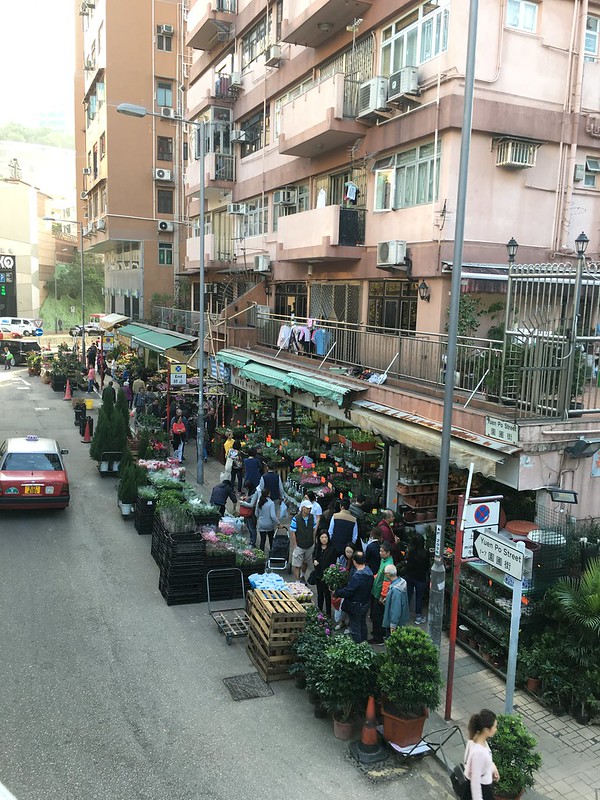 The street of selling goods continues… 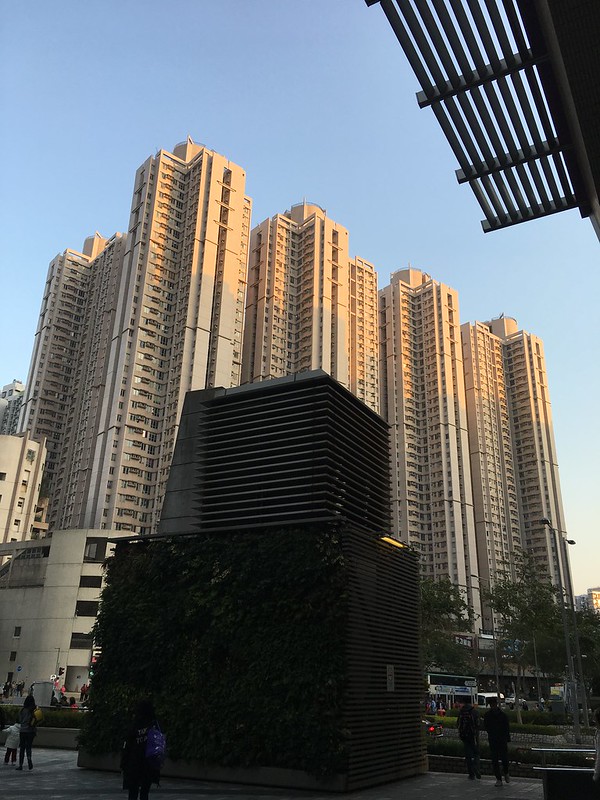 The view when you got off the station of TKO.

We ended the day with a get-together time with Gor Gor Boi’s family. It was a day well spent.