Cheung Chau was the main thing for the day, I did not go for a run because my legs needed some well-deserved rest. Gor Gor Boi did not become our tour-guide for the day because he needed to work, so we navigated most of our ways.

Before heading to Cheung Chau, we spent the morning enjoying the scenery along the pier, it was thronged with people, mostly locals from different cities. 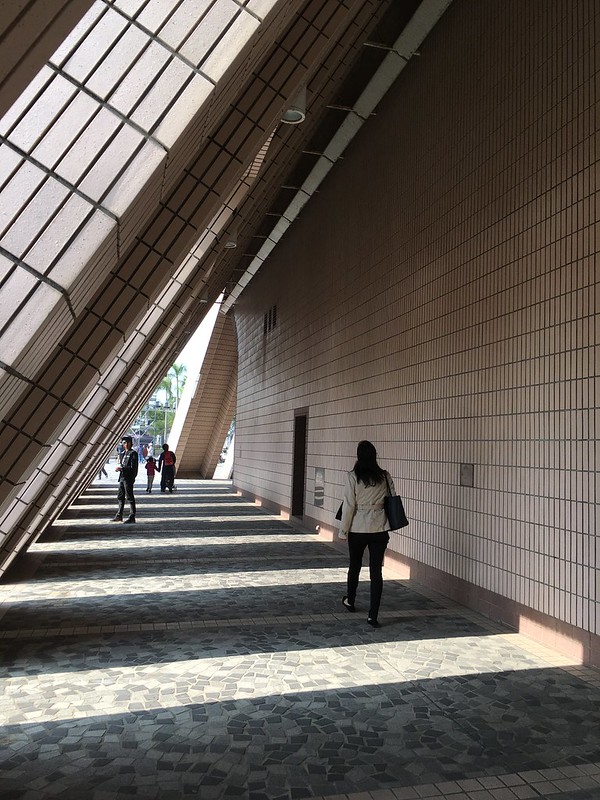 The rear view of the edifice of the emporium. 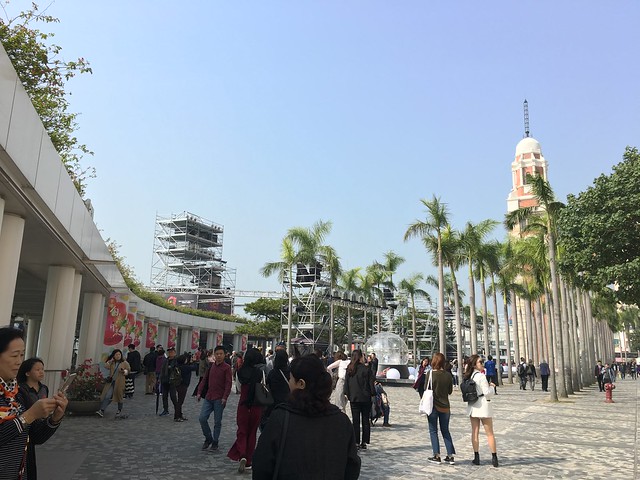 Random shot away from the clock tower. 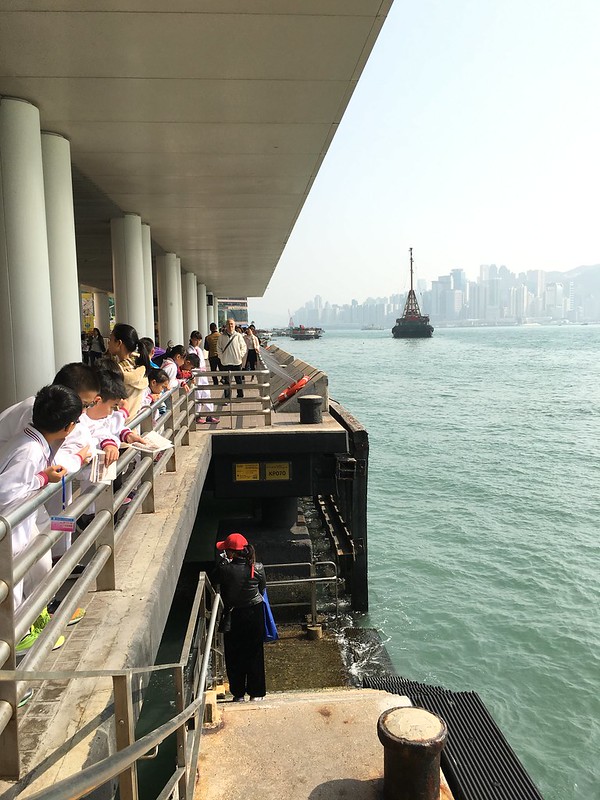 The renowned pier in most of the Hong Kong series scenes. 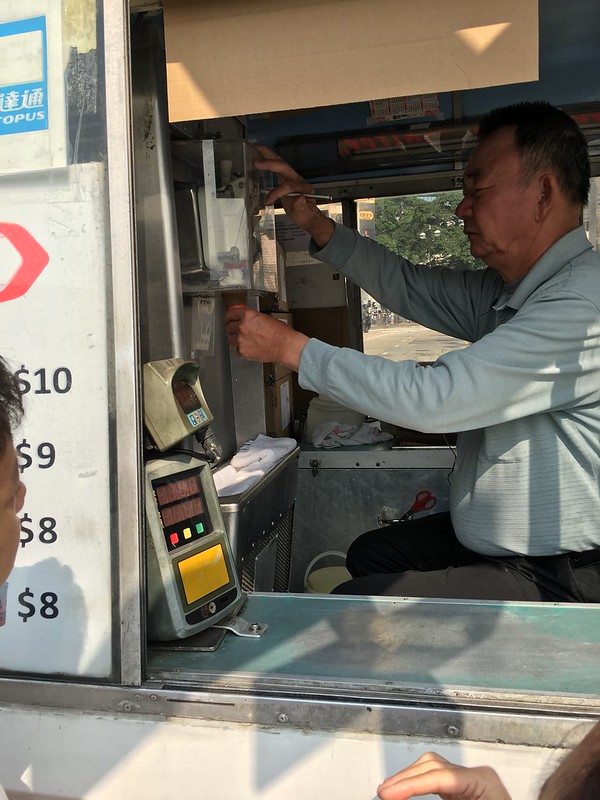 An uncle selling ice-cream in the sun.

Enough talking, I will let the pictures speak for themselves after this. It would not be the same experience for you because once I stepped into Cheung Chau, a pang of nostalgia deluged me, those scenes in the Hong Kong series made me feel familiar and it was a sense of satisfaction after having to look at these scenes with my real eyes after a decade of those Hong Kong series were made. 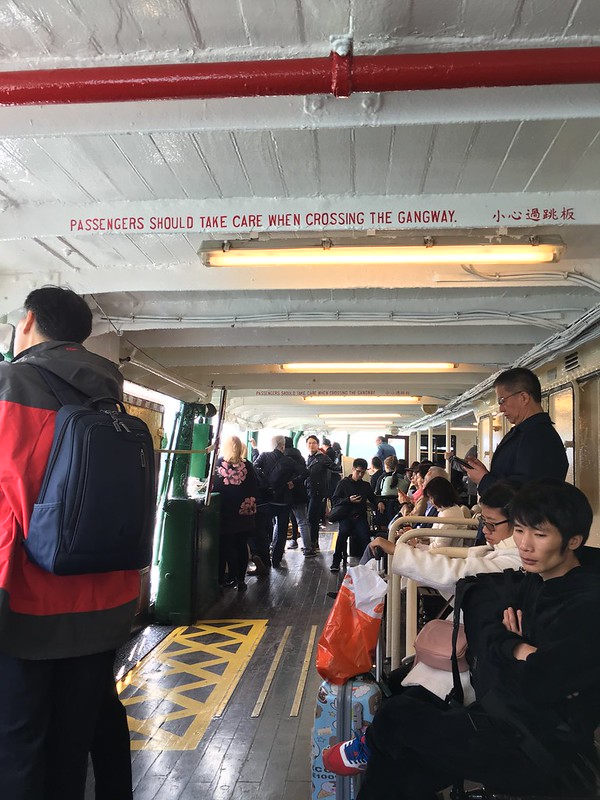 And the way we go, the ferry ride to Cheung Chau. 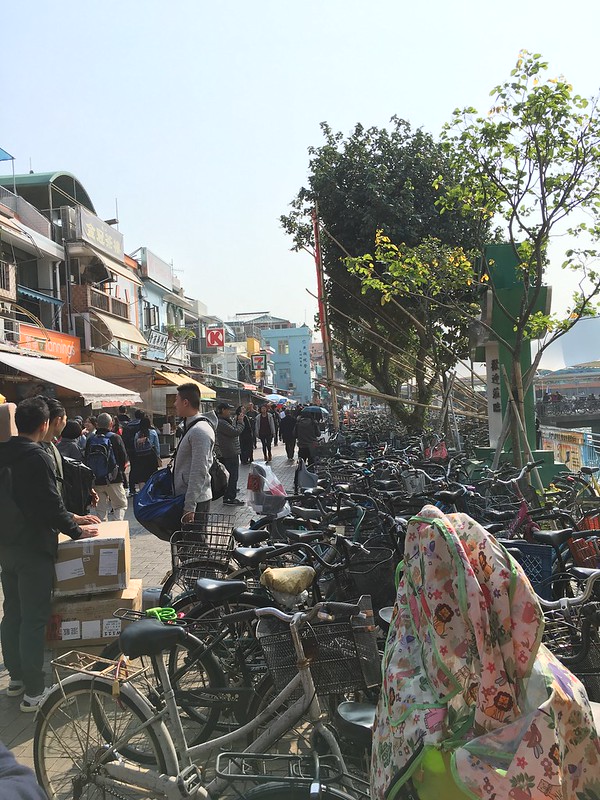 The first swarm of nostalgia which hit, it was from a Hong Kong series way back where the bald guy artist (a very funny guy) played one of the main characters. 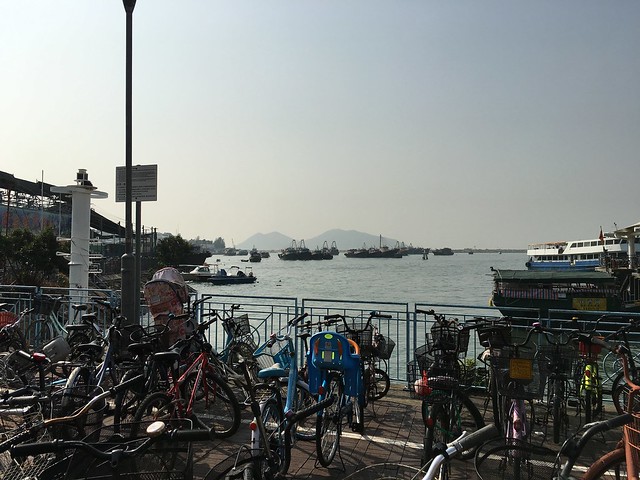 The bicycles really bring back memories of when I was binging in those Hong Kong series.

Cheung Chau is basically a tourist spot and couples spot. And the seafood there is splendid, the food is really, really fresh and well-cooked. The common activities there were to buy exquisite marine products, to function as port, and a cycling place. Remember to eat the giant fishballs and mango mochi, those are their specialties. (Hong Kong travel pro tip). 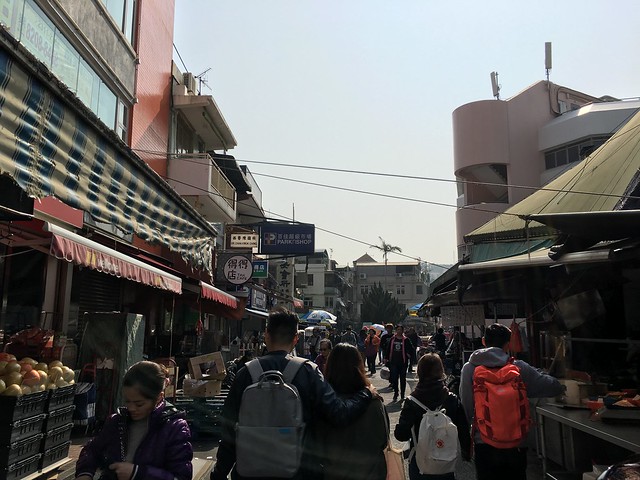 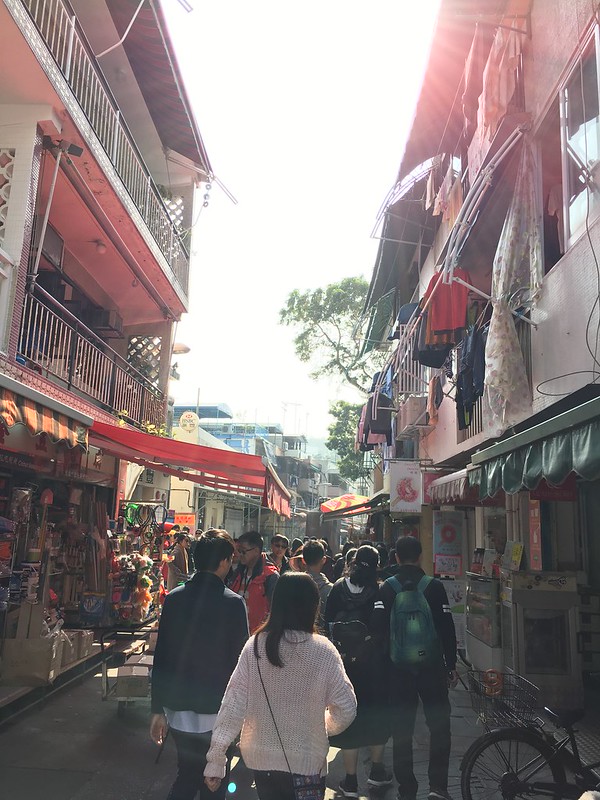 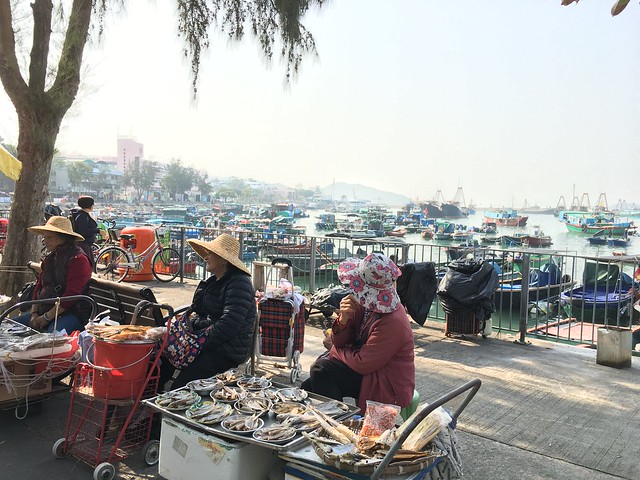 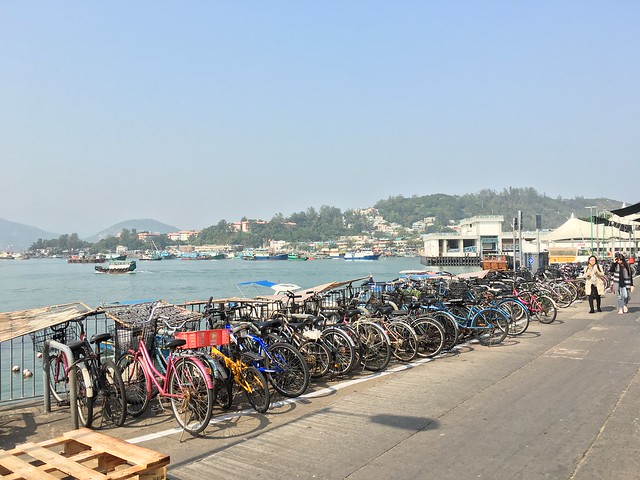 Another stretch of bicycles. 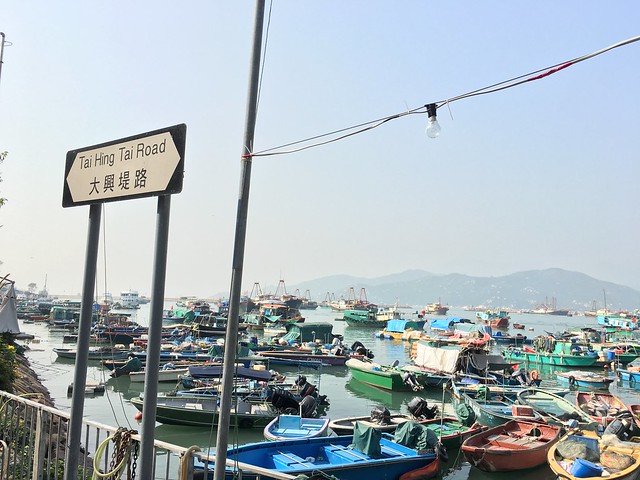 Boats, just a small fraction of them. 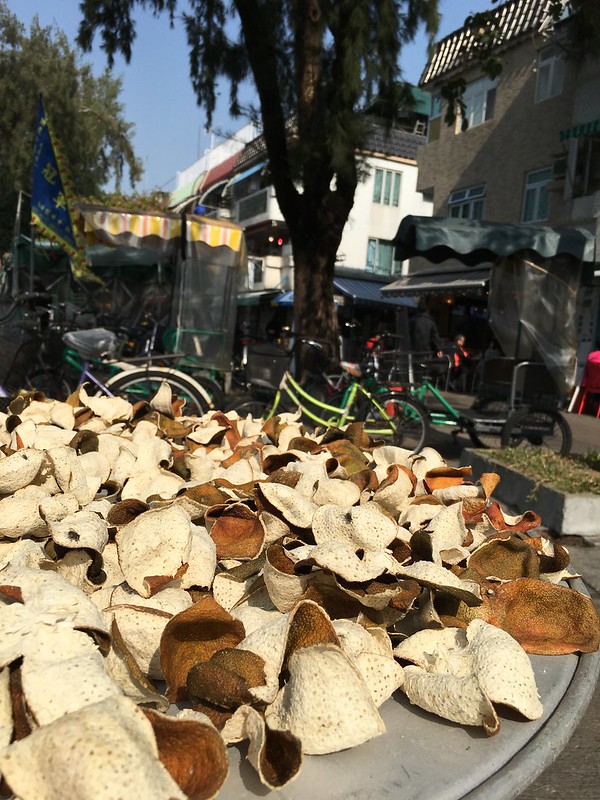 Panorama take of the pier, which is also just a small fraction.

Although Cheung Chau is just an island, but it is still equipped with the basic amenities that is also present in Hong Kong city. Libraries, wet market, and even bicycles-to-rent.

We spent most of our times sight-seeing. My mum was super enthusiastic in visiting the recently-popular cave that was featured in a fight scene in a Hong Kong series- Cheung Bou Zai. I even had the chance to ride of a tricycle to have some fun. 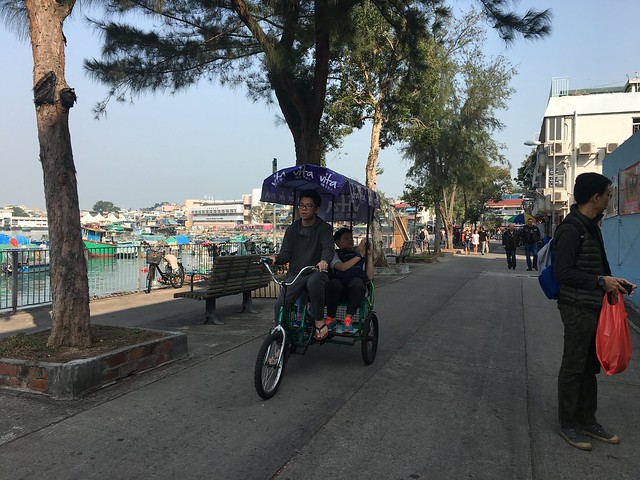 Here is me riding the tricycle with my siblings in the passengers’ seats. 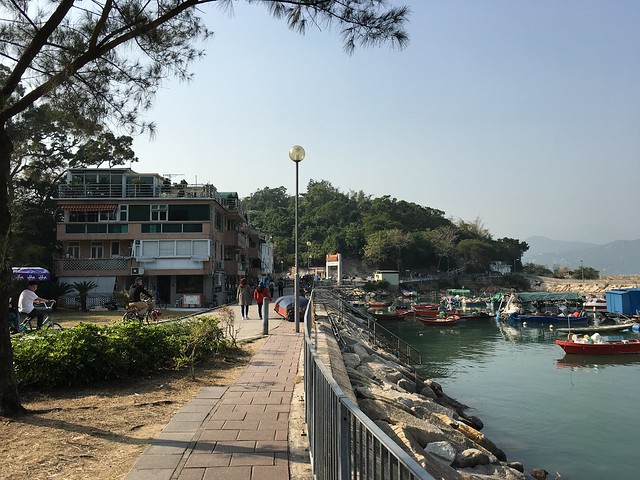 Don’t try this when riding a tricycle, taking pictures while riding, dangerous. 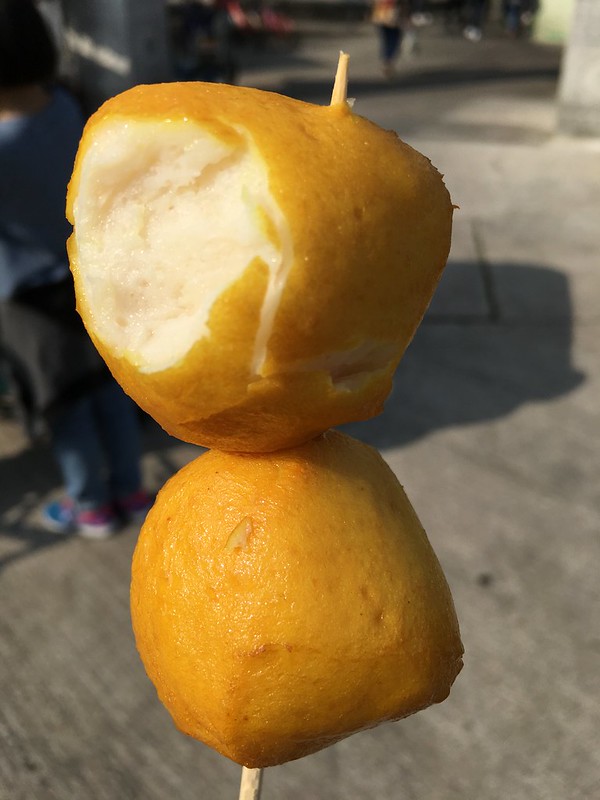 Da Giant Fishball, 10/10 recommended, so tangy and full of wholeness. 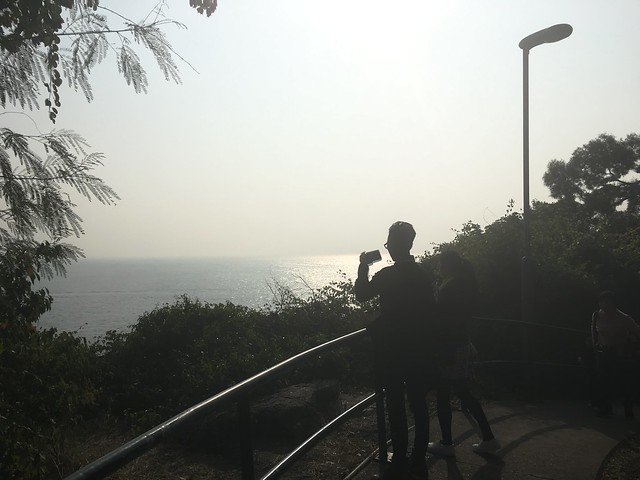 On the way to the infamous Hong Kong series cave fight scene.

A side note, there is also frozen fruits sold at the giant fishball stores, they are very chilly in the hot summer days. 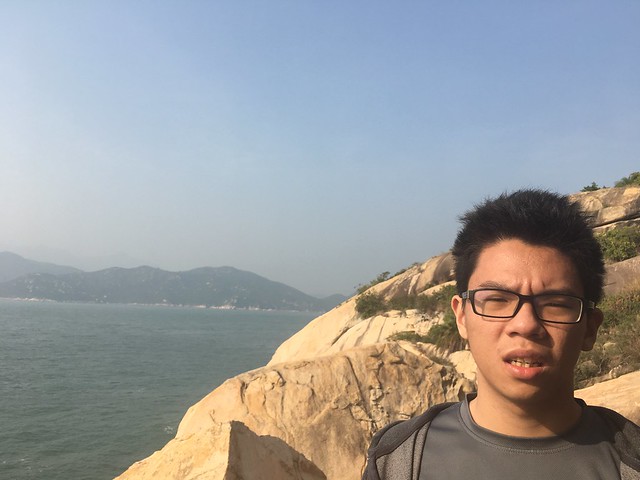 When you accidentally open the front camera. 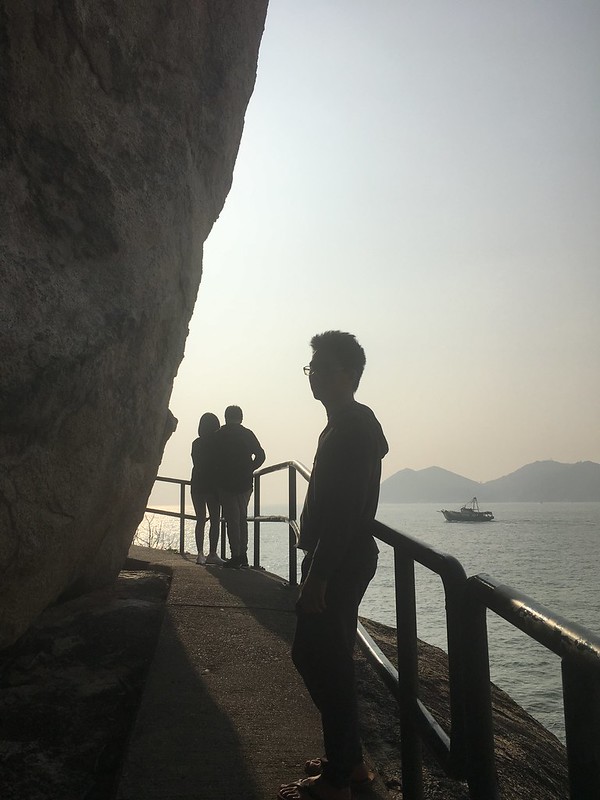 Credits to my dad. 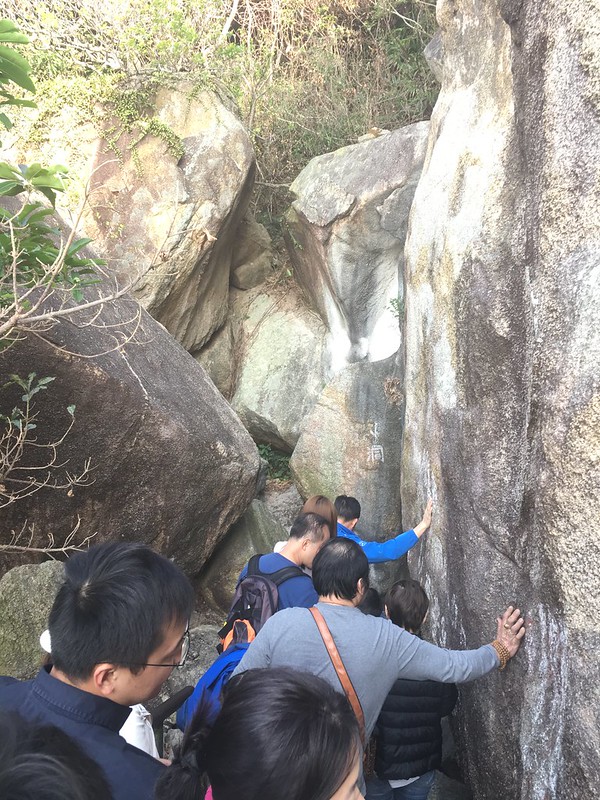 It was ridiculous, we had to wait for half an hour to crawl though a cave that barely fits any adult. We had to squeeze our way through and flash our phones consistently to get vision of the pathway that we were taking. The cave was impossible to have a fight scene there, it was just a movie after all. 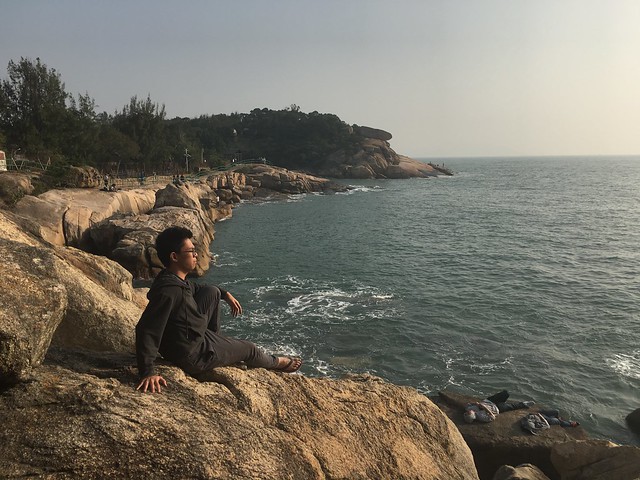 Our electronic devices died shortly after reaching dawn. There will be a few more photos, and I will tell you one of the most depressing moments of the trip. 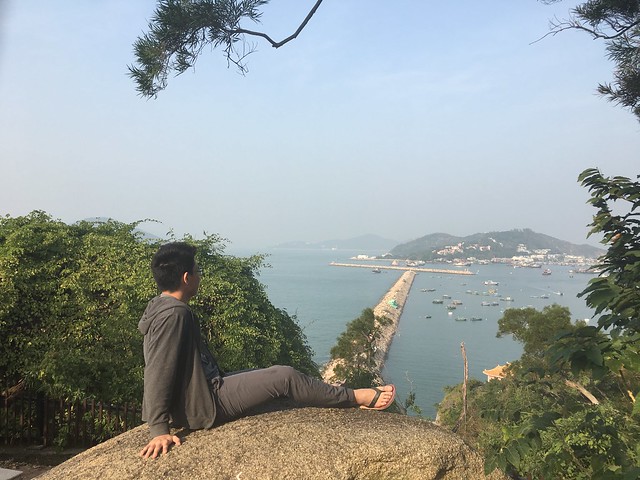 Looking into the pier from one of the higher points in the island. 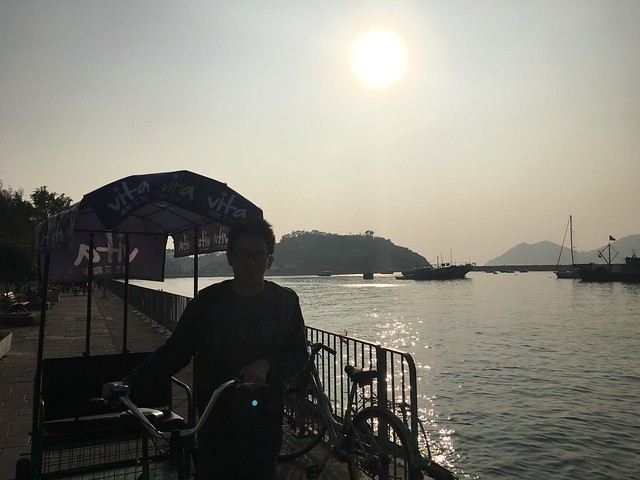 Riding back to return the rented tricycle. 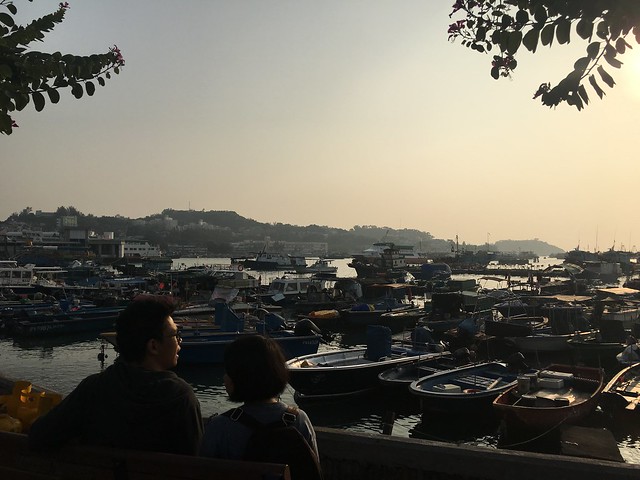 One aesthetic shot with my younger sister. 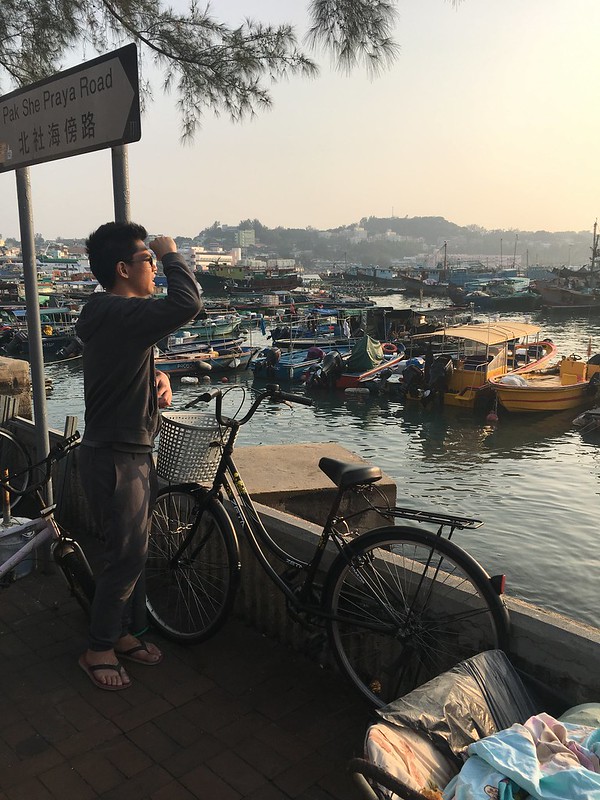 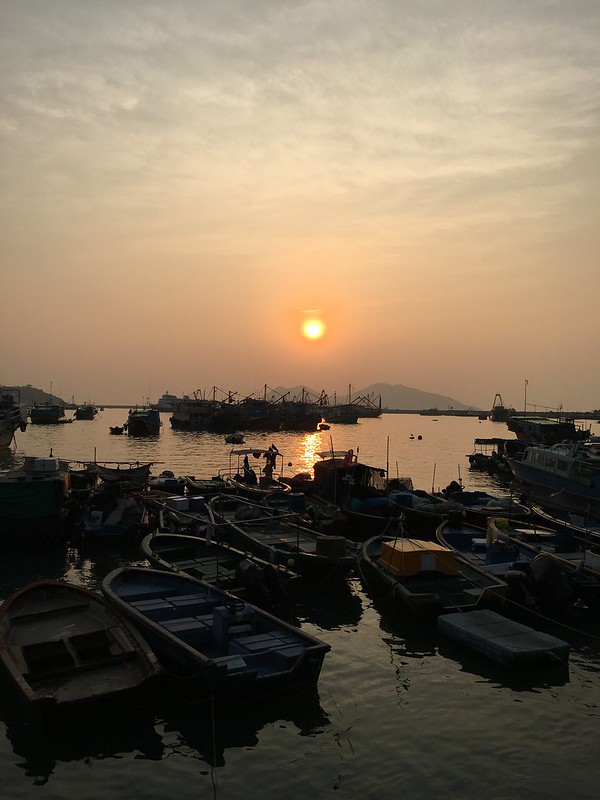 This was the point when all of our electronic devices died. We had a peaceful dinner, accompanied by the sunset at a random seafood restaurant. Honestly we were still full, but the seafood was two thumbs up, they were fresh, and very nice. It was the best seafood meal that I had overseas.

After the dinner, we went to get the infamous mango mochi. It was delicate, the skin of the mochi was well beaten and had a soft tangy texture to it, the mango insides were not to overwhelming, it was a well-made dessert.

My mum went to buy some marine products, and at this point I was nearly bursting because our phones were all dead. That was when everything screwed up. I showed attitude to my family members. Although we went to see the light show (not that nice after all), I only managed to capture everything with my eyes, not my phone.

Hunger strike again, we went to a restaurant near our hotel, and there was where I showed too much of my attitude. My mum went into a tantrum streak, letting out everything in the middle of the public just because of my stupid attitude. It was idiotic and disgraceful, that was why I do not like to travel with my parents.

Sleep. I told myself after the outburst, and everything will be alright. I went to sleep shortly after reaching the hotel. 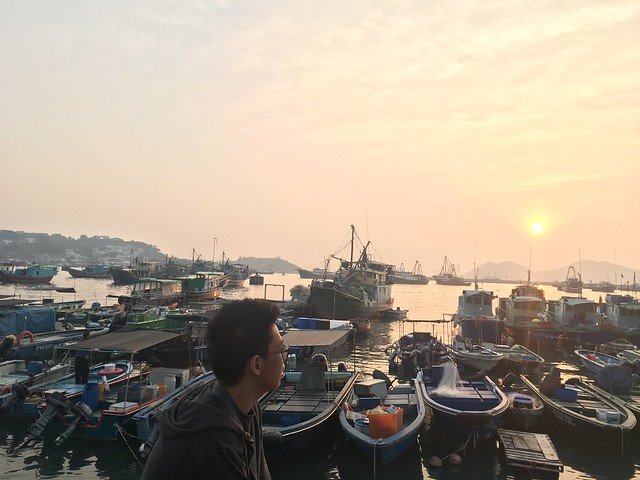 Here is something to cap this piece off on a rather positive note.