The air of Japan was rather busy although it was after an earthquake near that area. We got out and went for a crabby meal. (Not a big fan of crabs… So, a little biased food review coming up!)

Time to move hotels! We only booked the hotel at Universal Studio Japan for a night, so we had to move to Osaka by train. One thing about Japan is that their train system is rather messy, but I managed to lead my fussy family who were directionless and stubborn into getting to our hotel after countless failed attempts. 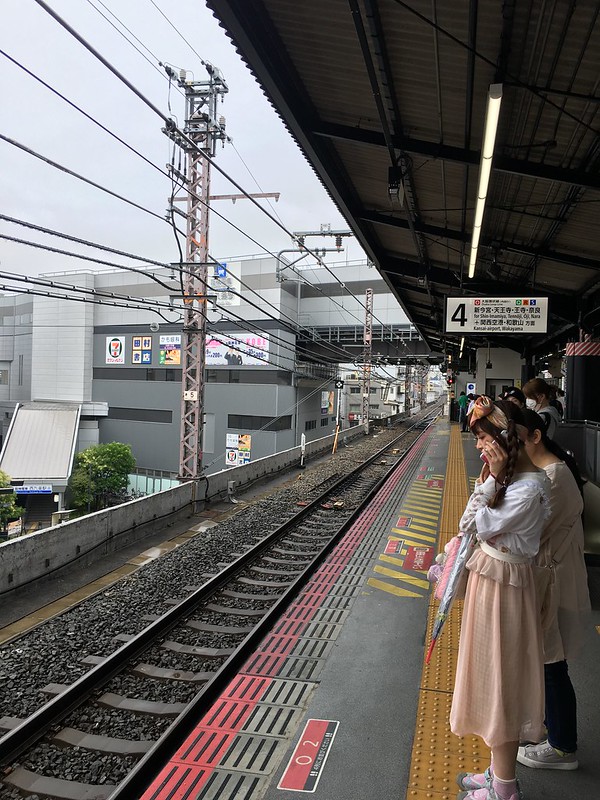 Waiting took up most of our time, and getting into the wrong direction took up more. My heart grew tired in giving directions to my obstinate family, they were reluctant to hear me out or to bring them to the right direction.

The most frustrating thing that happened throughout this entire trip was my mom with her GPS- a freaking useless combination. There was the reason that I remembered why I hated to go on trips with my family. 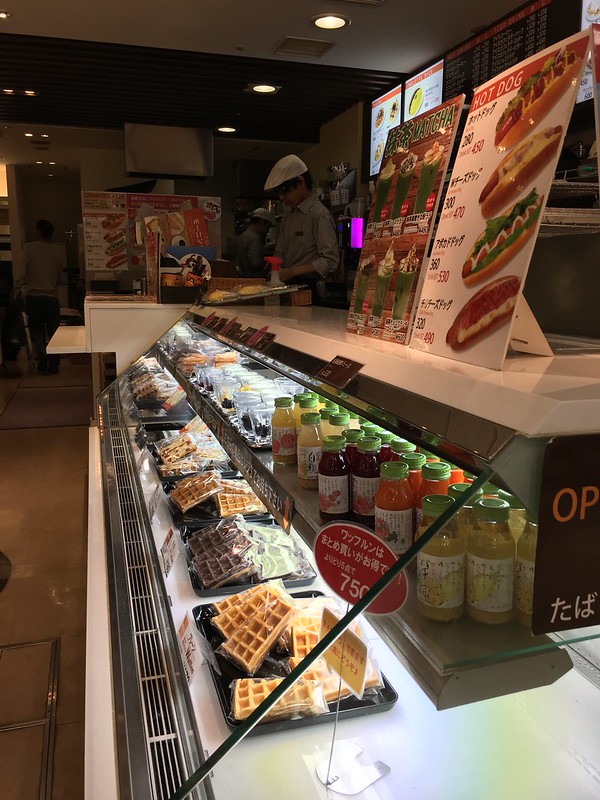 I got pretty frustrated after we finally got off the right train at the right station, I distracted myself with the surroundings which was an underground supermarket. (A great concept!) 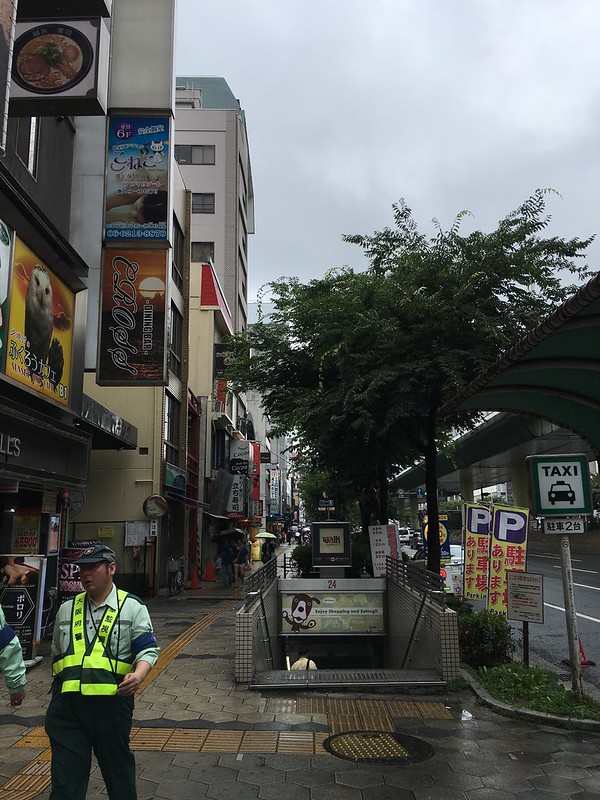 As we got out of the underground supermarket, I kept quiet for most of the times because my mom was firing me from head to toe. Hereby began our confused irritated journey! 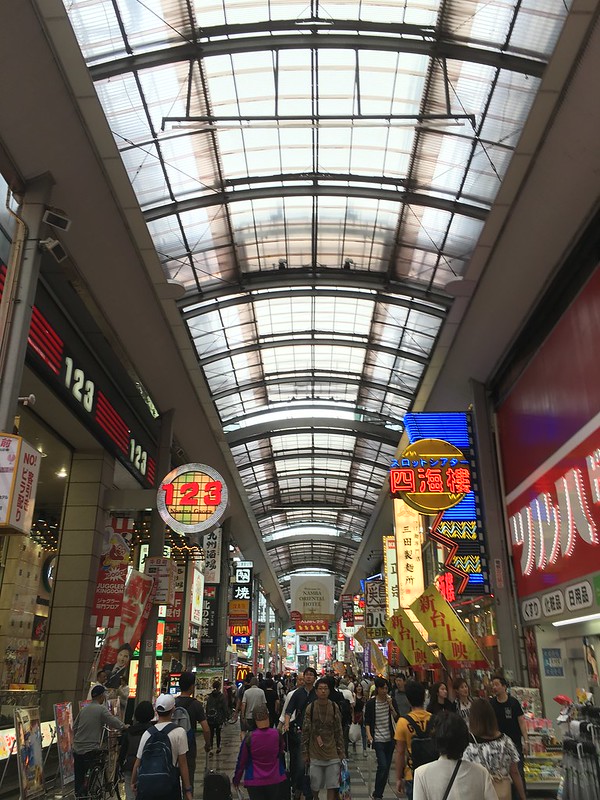 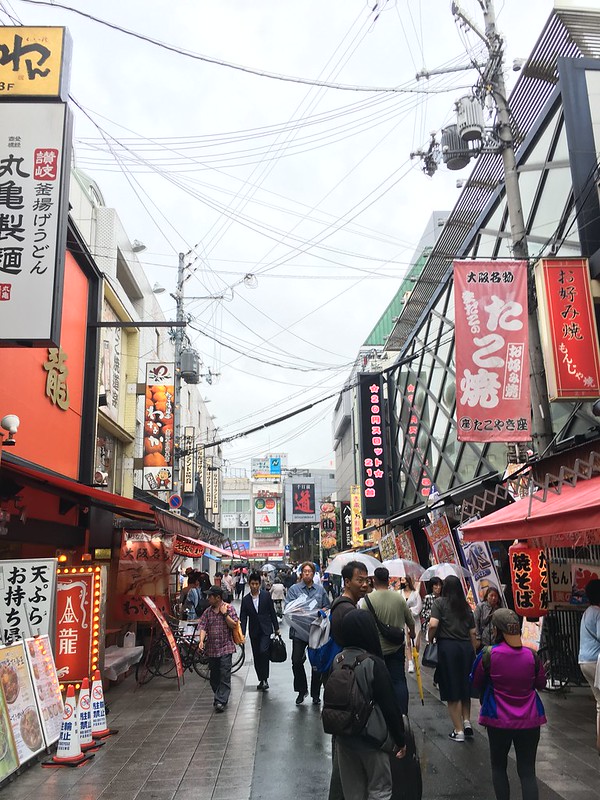 Eventually, we got tired quick for the many mistaken turns we made, and we got ourselves tako ball to ease our ‘hangry’ness. The rain did not help at all. 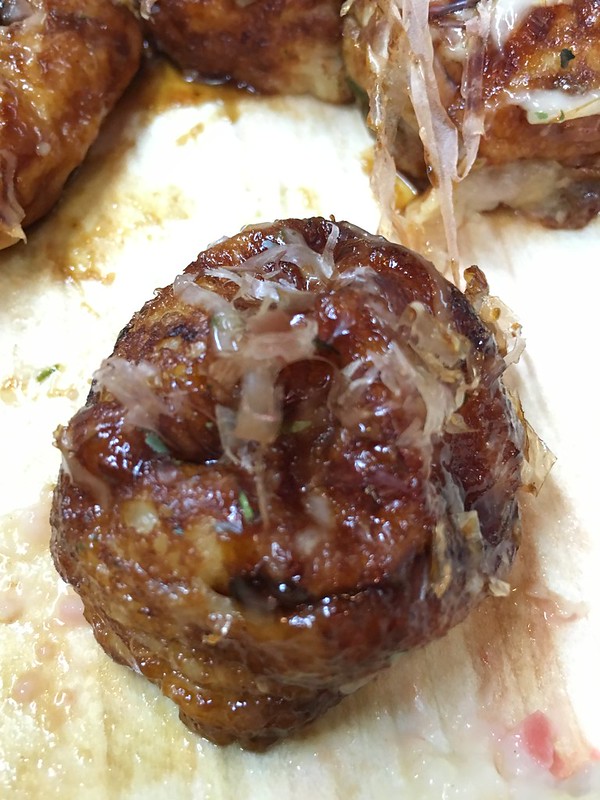 The tako ball from this store was bigger and damper than the one that we ate at Universal Studio Japan. It was luscious and tasty.

After being fed, my mom realised that we were taking the opposite route to the hotel all along. That’s what I knew from the second I got off the station.

No need to be angry or whatsoever. I got to take more pictures. 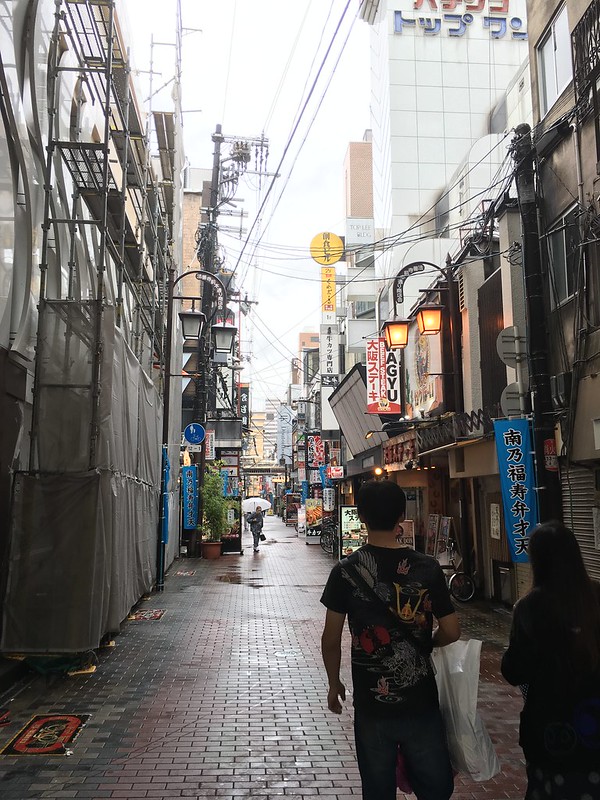 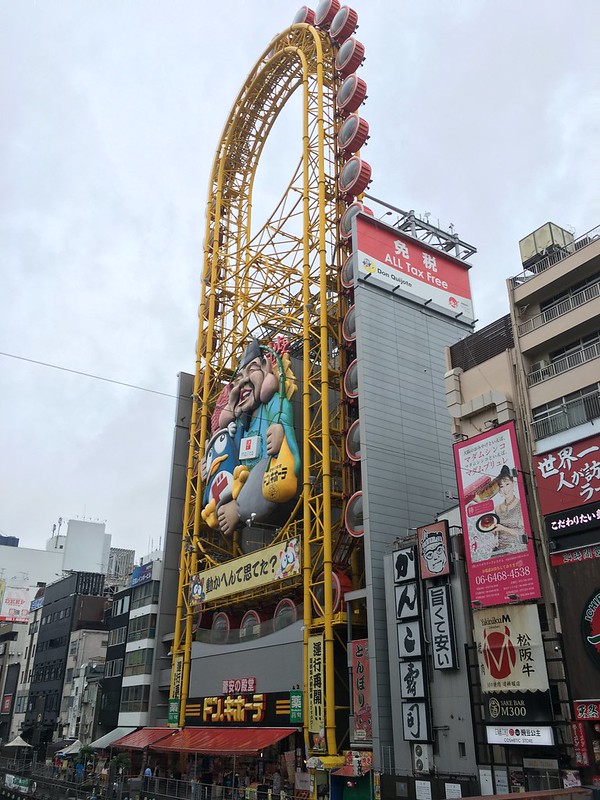 As we crossed the bridge, we saw our hotel, and we checked in. I snatched some Zs and played some Wang Zhe in order to fuel me for the rest of the night. 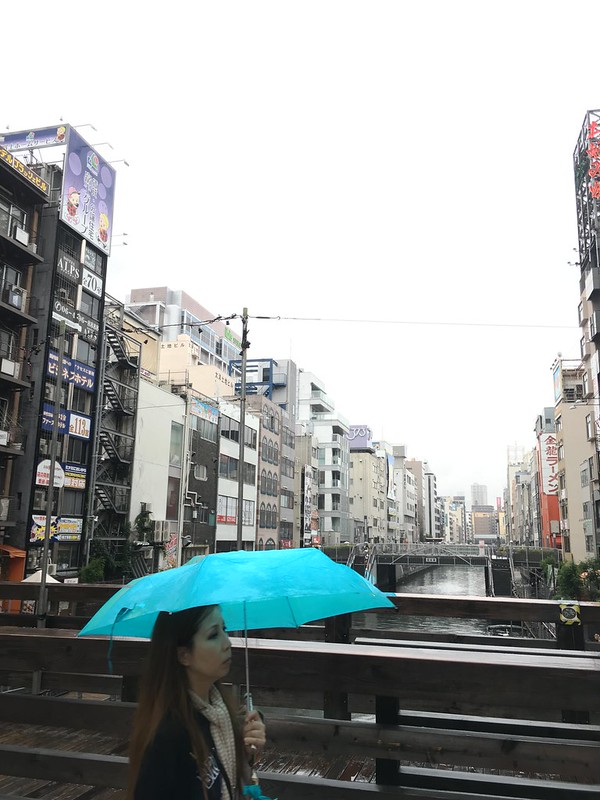 The air of Japan was rather busy although it was after an earthquake near that area. We got out and went for a crabby meal. (Not a big fan of crabs… So, a little biased food review coming up!) 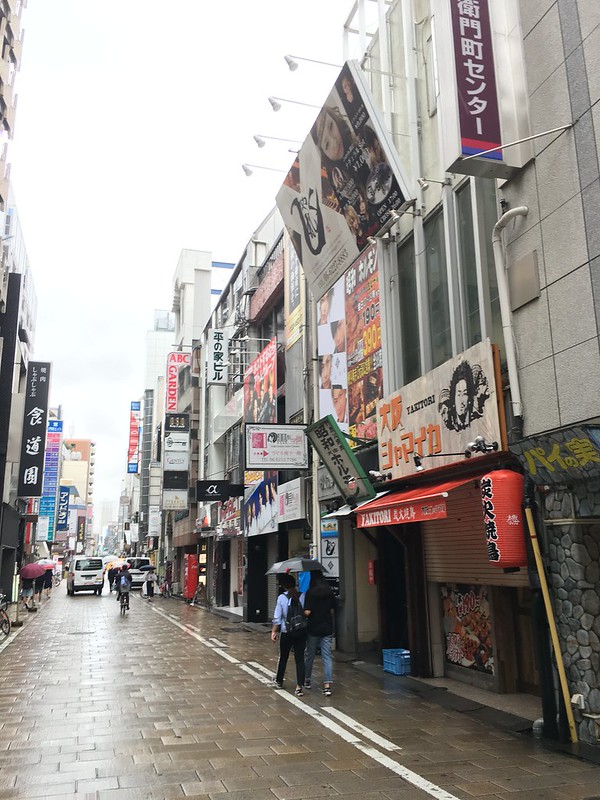 A mechanical red giant crab greeted us at the door. Kani Doraku was the name if I am not mistaken. The crabs there were fresh, fine and fresh. My mom ordered a seven course meal of crabs, and I ate just some of them. (Really, brought me to the wrong place!)

That was about what I had. It was fresh but I just did not like how crab tasted, in general. 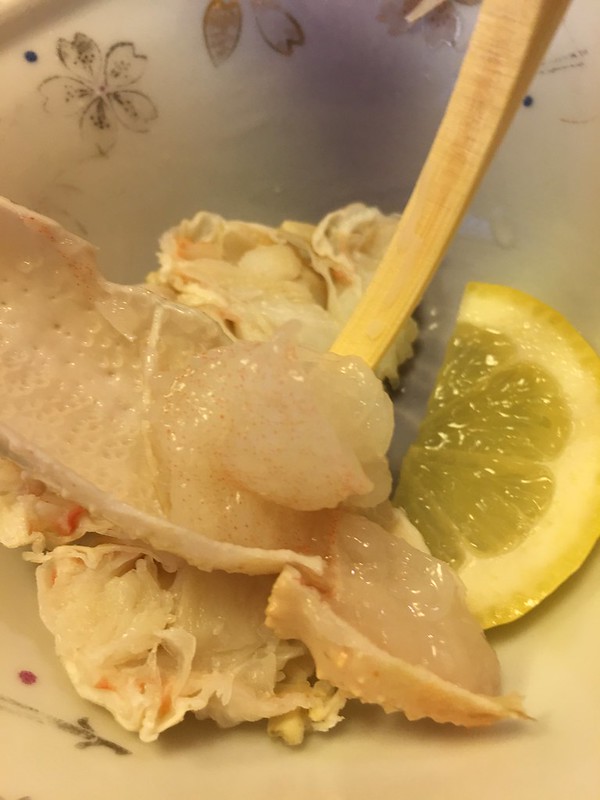 The seven course crabby meal that we ate was half the price of the same thing at dinner. So, a quick tip when eating fancy or famous foods in Japan, eat during off peak hours- preferably 2-4 p.m.

We ventured into the streets of Dotonburi, Osaka. Roaming around, visiting their daily stores. That’s right, our family holidays’ are weird, but that is kind of my style too. I wanted to know how the people there lived their lives.

My siblings got some money and went to the claw machine to test their lucks.

No luck! But, I saw some cool Coke bottles. (Malaysia, up your game lah!) 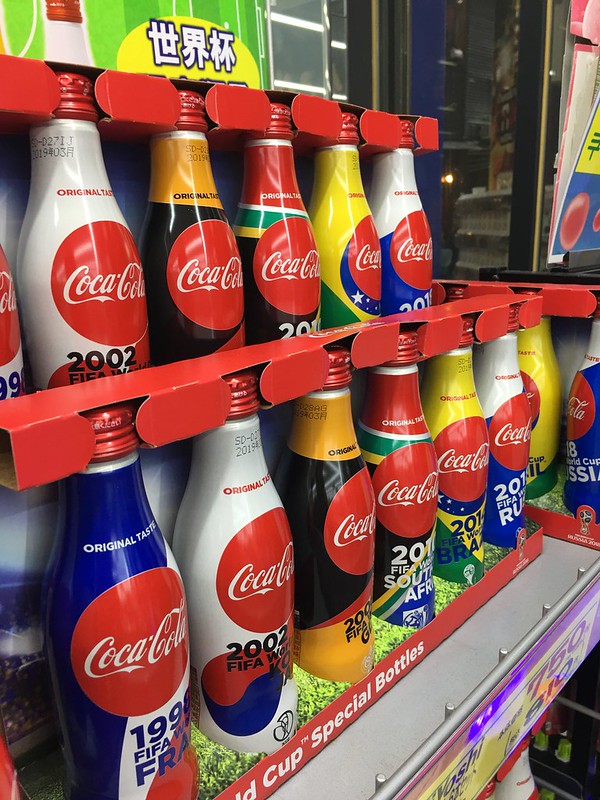 As we continued on, I found a spot to take a dope picture. 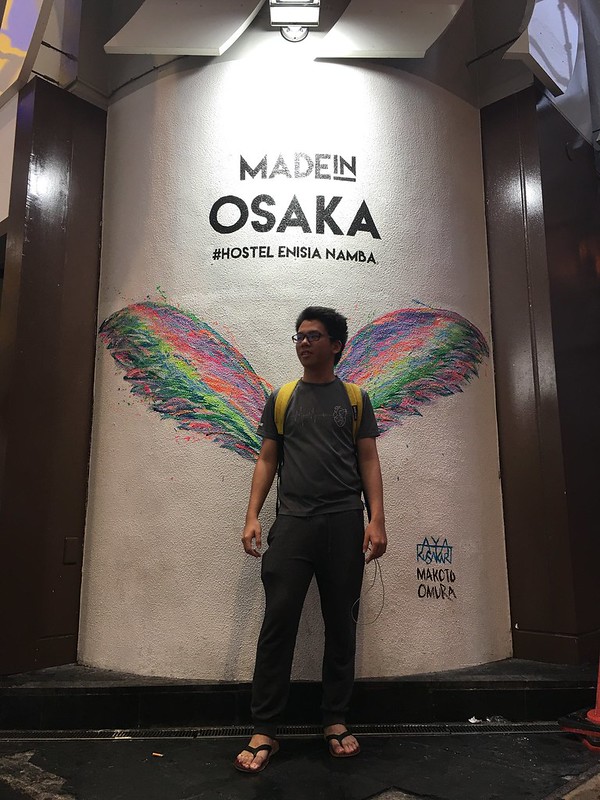 Thanks to my poor photographing directing, that was the best shot that I could get out of my sister’s judgement.

The night was getting young. I was approached by a man in his 20s, looking like one of those modern gang members, probably those grabbing customers for certain pubs or for their ‘chickens’ (prostitution), spoke in Japanese to me, questioning me repetitively. But, I just said ‘I don’t know!’ to him and waved my hands in a cross, perhaps I looked like those people who wanted to club or a prostitute. 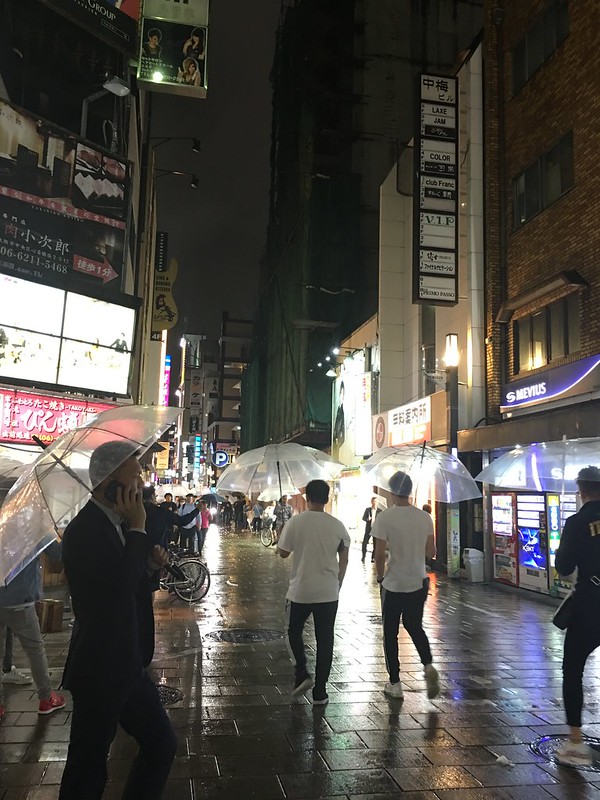 Apart from the uncanny encounter, I proceeded with moving along with my family. The city of Osaka definitely gave me a bad impression of insecurity because it was as if the whole street was filled with modern suit and tie street thugs or gangs.

Here are the streets before we got to the most renowned ramen store in whole Japan. 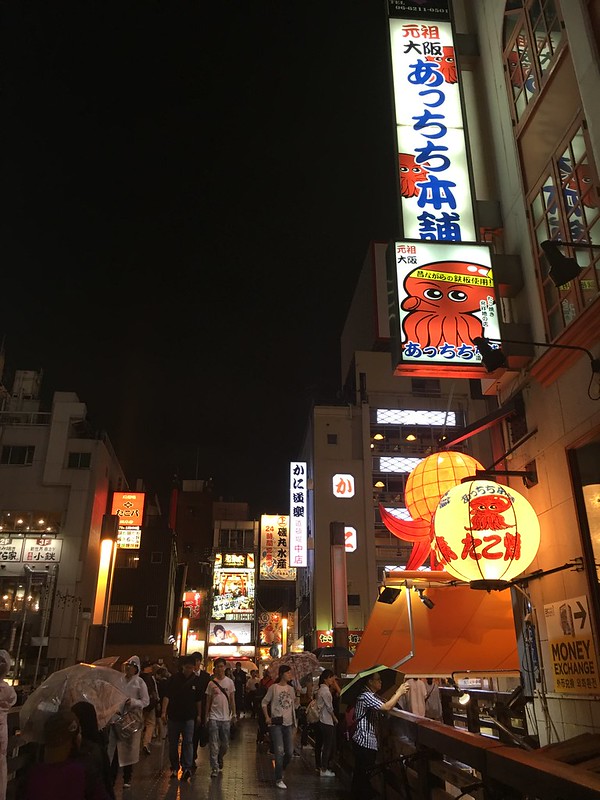 Ichiran Ramen was our next stop. I got to taste the best ramen in the world. 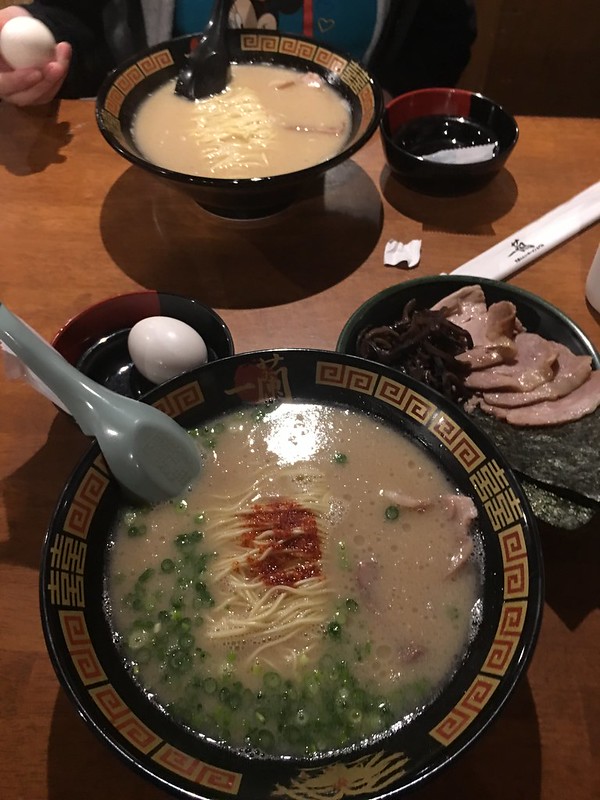 MmmmMMMmmmm!!! It is fucking good!!! The balance between all of the ingredients in the bowl is just surreal. It was a heaven in my mouth, a holy shrine. The ramen was firm yet soft; the broth was succulent yet smooth; the garnish was over but just nice; the meat was meaty yet tender; the egg was commercial yet well done; the bowl of ramen, very nice.

I got two servings, eventually. 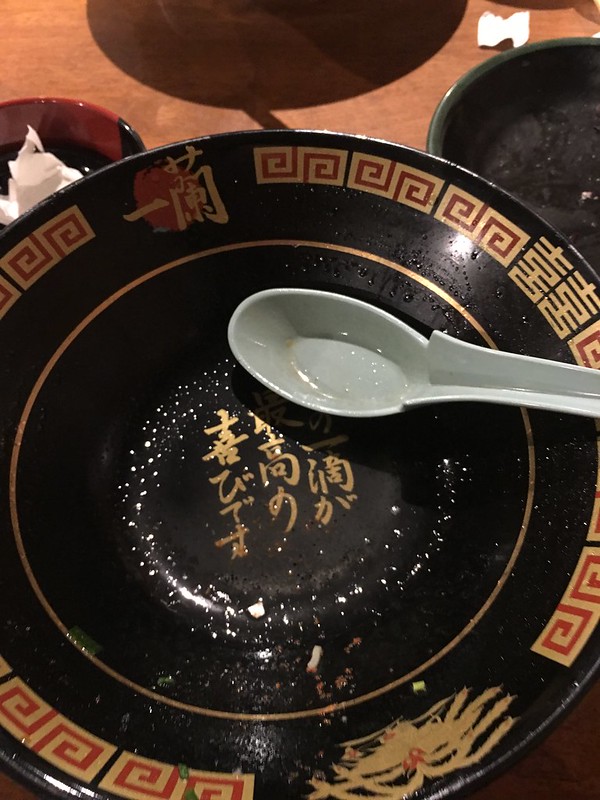 Satisfied! Follow me on my stroll into the streets. 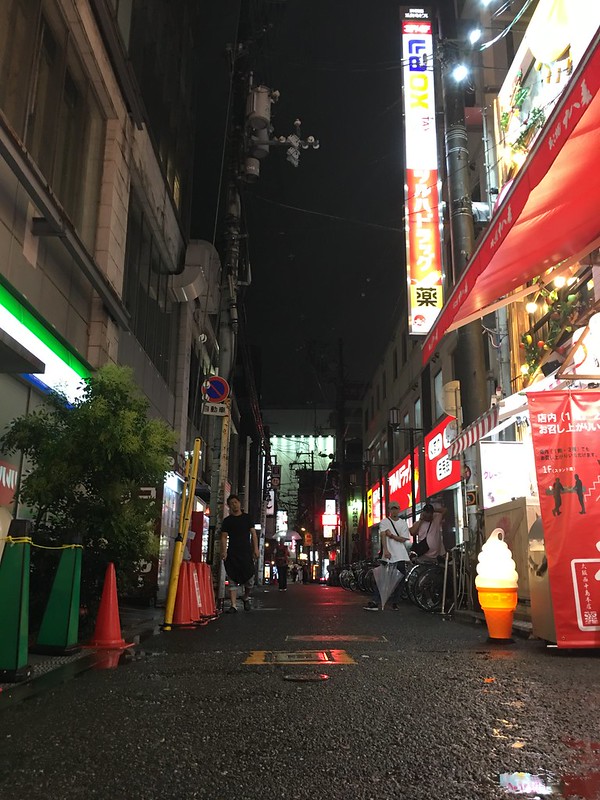 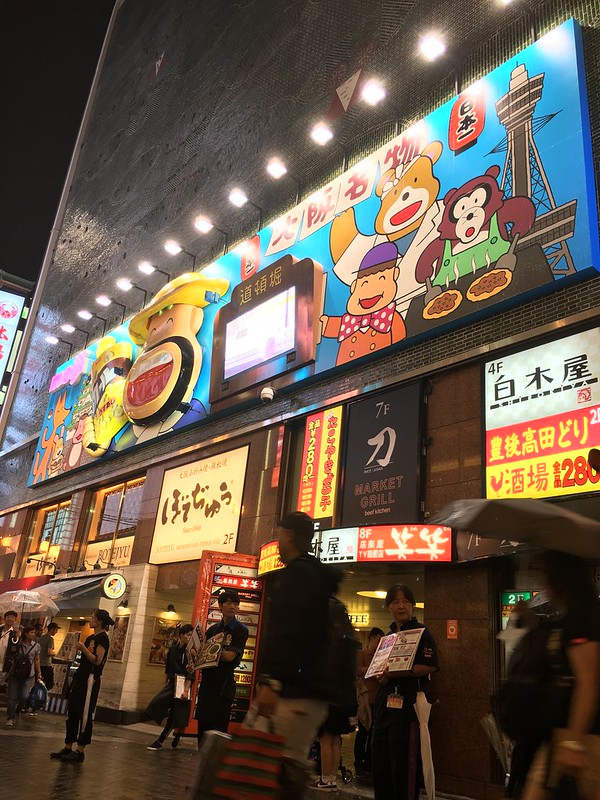 We got to the place where the billboard with a man running, and… 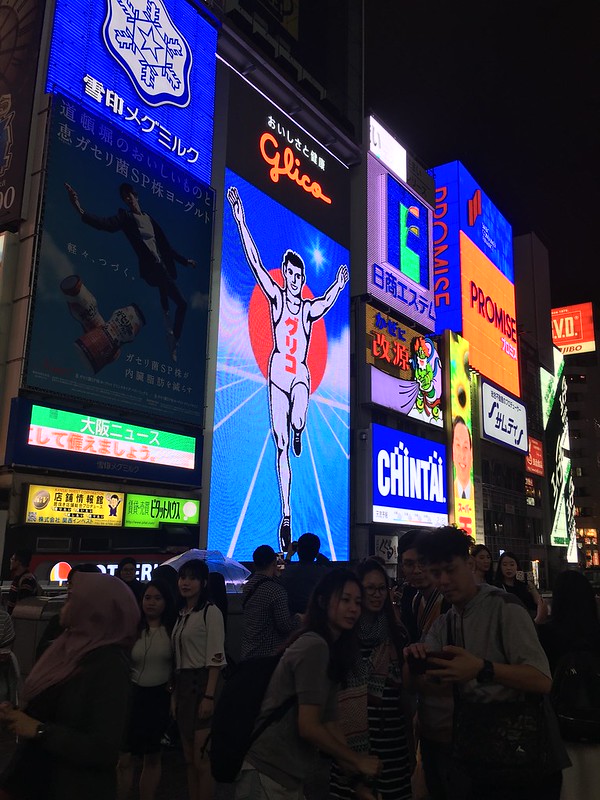 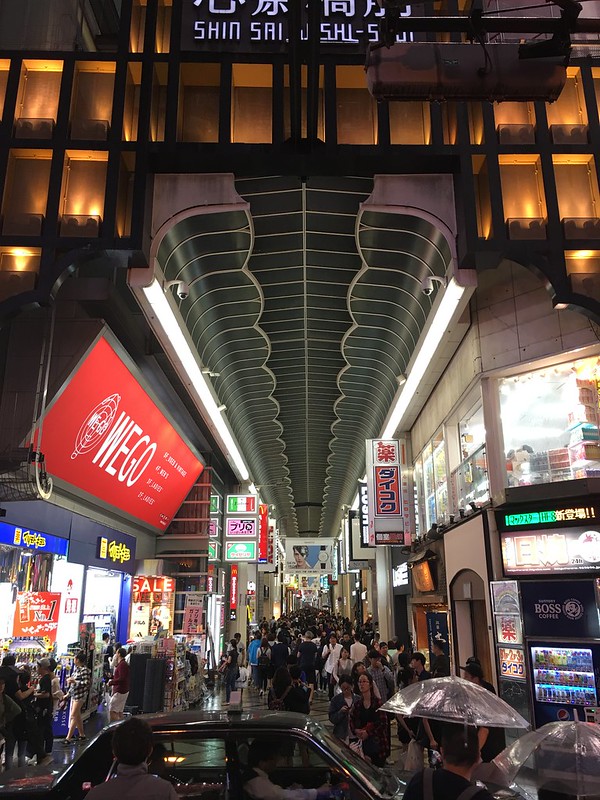 It was a people mountain people sea situation. I took my chances, but this was the best I could get… 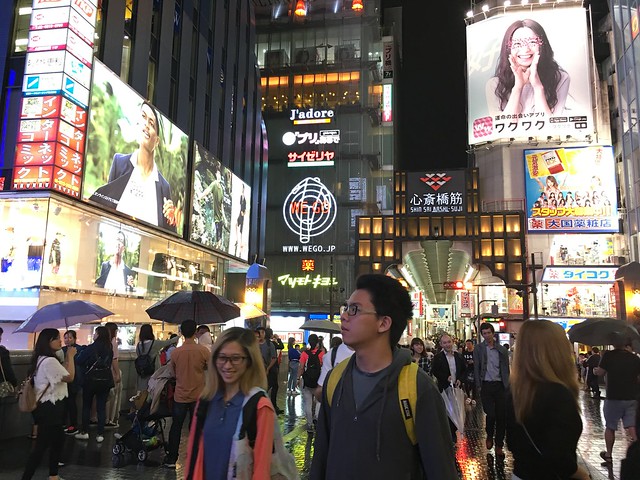 The night was getting younger and wilder. The streets were no longer felt save for the family, suit and tie gangs were roaming around like nobody’s business, drunkards started to gush into pubs, we just felt not save, at all. We got back to the hotel. Called it a day.

A little trivia, guess… is this photoshopped? 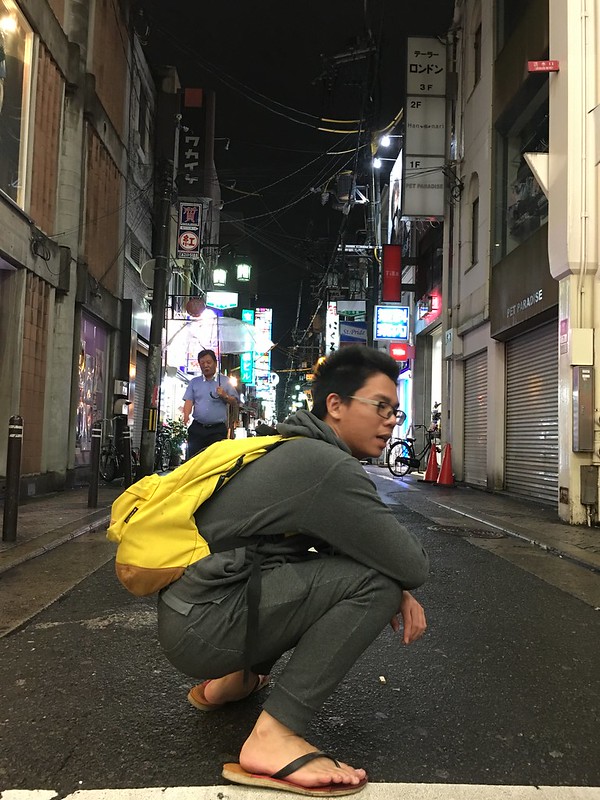