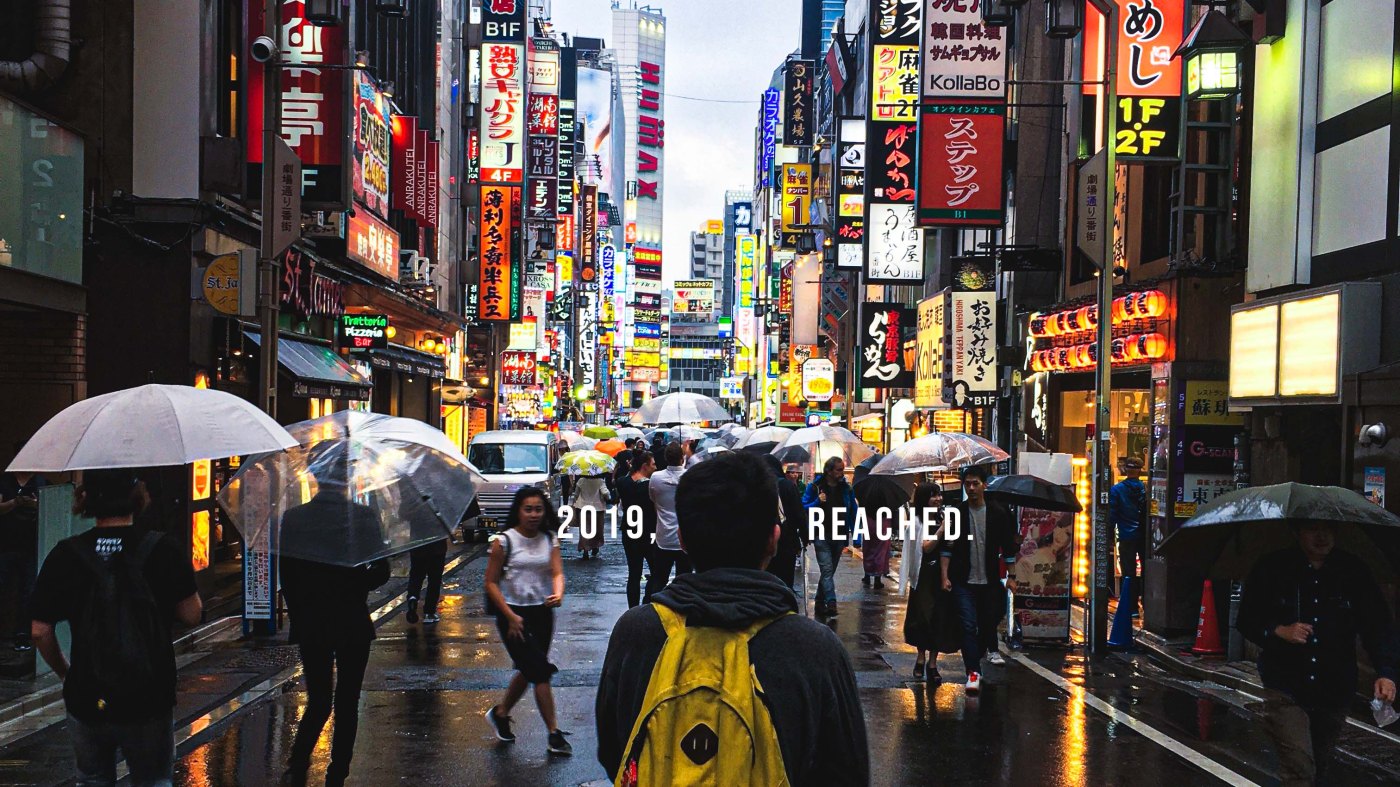 2019 is one of the most fruitful year among all the years that I had lived through, this is a year where I grew the most- mentally, physically and spiritually. Although most of the things that I had to endure might not sound sweet but I thoroughly enjoyed the process of those experiences and I had learned a lot from them.

January, the start of something great, I began working for an entrepreneur ‘full-time’ (for the past year and a half, it was just part-time) and was challenged with tasks beyond my capability, and yet I was keen to learn and grow whilst carrying out the tasks at hand. The month was simply a good start to the year, simply invigorating. In addition, I wrote 2500 words in Chinese calligraphy, breaking a point that I did not expect.

February, nothing much happened, continuing my hard work and limitless effort, slowing slipping into my temptations, earning more than I expected.

March, still working, got a short escape in church camp, reaching more people in the process, making strides in my spiritual walk. Battling with the endless temptations of social media, Youtube and comfort.

April, resigning from the job that I was in for almost two years, it was a difficult decision to make. Something was bugging me to leave as soon as possible, I did not know what was the call, but I followed. I felt something was wrong. Probably it was the accrued factors from the past. It was an unexpected yet expected move from me. However, sooner my decision right now will show its consequences in the near future.

May, Officially signing off from my work, bade many goodbyes, really grateful with the opportunities provided and the people that came by at that wonderful period of time. Earned a lot, more than a fresh grad could ever dream of. After quitting, only I knew how tired I was. For this period of time, I was exercising my willpower and effort to its maximum, stretching myself beyond my elastic limit, nearing deformation but I prayed and kept it all together, learning and growing a lot.

Thank you for inspiring me! I am building myself into someone who will impact the education industry in Malaysia or even the world.

June, the happiest and the saddest month of my life.

The happiest part of this month was that I went to Japan and had a lot of fun, seen many things, ate a lot, being with wonderful people, living in the rich culture of the Japanese. It was a getaway that I dreamt about, a time well spent.

If I could ever re-live another day in my life, I will choose that day.

The saddest part was that my calligraphy shifu passed away, it was too quick for me to even process, I missed the last class that I was supposed to have with him as I was in Japan living the greatest times of my life. I even got him a present after guiding me for almost a decade. But, I came back just to pay my last respects to him, one of the greatest inspirer of my life, nurturing a burning passion to carry on the culture of writing Chinese calligraphy.

July, decided to kill time by doing some other part-time job, getting to exercise the knowledge that I gained from the past. If I do not use them, I might lose them. Completed a half-marathon.

August, one of the most unexpected months in my life where all my plans go to die. I received an offer letter to a university in Johor, which is 300 km from all that I had in mind. I slipped into a state of denial and rejection. I was very angry, and asked a lot of whys. In the end, I consulted a pastor about this, and I got this.

“Where has my faith gone?”

My dream is to discover a formula to benefit mankind. It is just a different way that God is paving for me, a way that is way out of my expectations or even imaginations. I had nothing to lose, practically. Singapore is right beside me when I go there, it is the loss of the university that rejected me, never a loss on my side. (Luckily, I had resigned from my previous job, or else it would be a choice between a stable prosperous career and a dream.)

September, moving away from home to Johor. Adapting to the new environment. Meeting new people. Embracing the life that was granted to me. Paid my final respects to my late shifu by attending his memorial exhibition, my final lesson with him.

October, entered Robocon, only lasted for not more than half a month. I was challenged with things that are more than what I could imagined. Although I gave up in the process, I learned a lot from the event. It thought me that I could complete learning and applying one semester worth of knowledge within 21 days. Plus, I realised that I could do even more than I am now, like focusing for 10-12 hours per day for a week consistently.

And also, I finally accepted the reality that I had been placed in Johor. God definitely has His ways on me that I have yet comprehend or never will. I am glad and grateful that I am placed in Johor, it has been one of the best places to discover my dreams and have a new breath on my life.

December, fighting my temptations face-to-face. Letting loose of myself completely to let myself be fed up with social media and Youtube, both of the biggest distractors of my life. It was also a month of the lowest productivity compared to the other months throughout the year. Learned some programming, got hooked to them, somehow. Helped out some of my course mates academically. Nothing much, just an overall slump in productivity and efficiency. Probably, this is a good time to reflect, restore and digest whatever that had happened throughout the year. Fortunately, I got to spend some time with the people in cell to have a pre-Christmas brunch, indeed a wonderful bunch of people that made me feel welcomed.

I have really toned down on writing for this year, not as vigourous as before. As mentioned, my creativity was killed last year- 2018. However, these pieces presented in the blog are just breadcrumbs that faintly depict the life and the state of mind that I had been experiencing.

This year, I definitely reached a maturity, an unexpected destination and a realisation that time flies. In just less than 24 hours, it will be a new decade- 2020.

I have a feeling that next year is going to be more exciting. I want to keep growing in God’s way.

Hallelujah! Thank God for 2019, it has been bountiful as ever.

Dear God, I hope that next year would be more than what I ever dreamt of. Grant me the strength and the willpower to carry out Your plans for me. Clear my mind and sharpen Your vision in me. Thank God for all the wonderful things that happened and also the sad stuffs. Amen.

How has your 2019 been? Leave a comment down below to share your feelings and thoughts about it! Cheers!