“That guy ah, creating a shit show at Whatsapp, what a dunce…” I spoke casually and pointed my phone to my friends. “Read this, what in the world is he thinking, this Kang guy.” He scrolled my phone, laughed at his idiocy, the rare source of comedy in school, “wah… this guy, damn bold ah, […]

The economy class of the airplane was as crammed as ever, it felt as if we were sardins packed in a tin. I need to fly there to see my patient. I chose the closest and the fastest flight to my destination, United Airlines was on my list. I bought the ticket legitimately, boarded the plane without […] 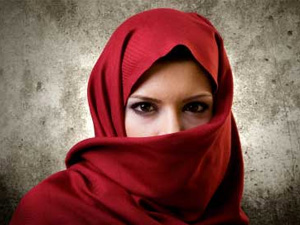 Malaysia is a country, where people make puerile, absurd, plain stupid commentaries. This is a statement on a rape case that is said in court by Malaysia MP (Malaysian Parliament)- …it is OK for raped victims to marry their rapist… What the… It is definitely not OK to do so. What is exactly going through his […]

Tick. Tock. The hour hand was swaying in circles with tremendous speed, the numbers of the date increased unknowingly, months became days, days turned to hours, hours finally broken down to seconds. I was here, beads of sweat rolling down my neck, fear gripped my conscious mind, tremor was promulgated through my body, staring at the paper […]

Putting it bluntly I was being an asshole wasting a year and half on counterfeit love. I sat there dumbfounded by the naked truth that Foo had revealed to my deluded mind. Knowing the truth was always painful but being oblivious about it would tantamount to a perpetual slave to love which would lead us […]

Humans are governed by their emotions and their feelings. Those who are capable of dominating their actions by not getting affected by their emotions are the ones who would make wise decisions and nullify unwarranted problems. Cogitation is laudable before making any decisions or else the repercussions of not doing so will lead us to dire […]